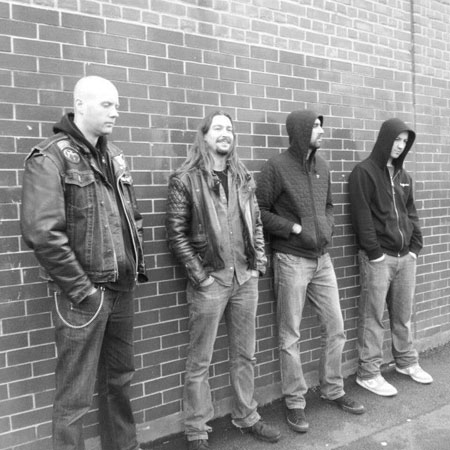 Heavy progressive UK doomers PEACEMAKER, who feature Ravens Creed’s Al Osta on vocals, have self released their debut album ‘Cult .45’ which is available on CD HERE, as a Digital Download HERE and you can also stream it below.

The album was produced, engineered and mixed by PEACEMAKER’s very own bass player Al Lawson at Kore Studios, London, mastered by Tom Woodhead at Hippocratic Mastering and read on for the bands own break down of the 8 despondent and heavy tracks the recording offers…

1. The Siberian Problem
Russia has always presented the idea of the unknown to many people in the West – it is so vast and wild. Could there be mutants out there? Could they be preparing to crush the West in all its pathetic modernity? We hope so.

2. Follow The Rats
Struggling in vain has always been a part of the human condition. Many of us are part of something we want nothing to do with. There is no escape.

3. Dead Man’s Keys
The song tells part of the story of a city banker who ended up hanged during a sex game. Two prostitutes, a length of rope and a dark wood at night. The lyrics seek to deal with the psychological issues behind what happened and the despair that the protagonist no doubt felt.”Did he jump or was he pushed?” Probably a little of both.

4. Mane of Serpents
If you have ever felt that you were turned to stone by something you saw or felt, then this track may embody those feelings.

5. Soul Cheater
The world is full of deceivers, people who want to hurt you, steal from you or otherwise reduce you to something less. Music is a truer friend than most people you will meet. You may regret having ever met many of the people you did. Music is not like this- you most likely will not regret a single second of your involvement with it. This song is for those who mislead.

6. Journey of the Faithful
A pilgrimage always deserves a soundtrack and crushing metal should be the first choice. A rip ride homage to the glory of volume and mayhem.

7. Sorrow Trip
Introspection and self obsession are a huge part of modern day living. The lyrics are a close analysis of someone who has gone down a path that they should not have started on. Fate is often dismissed as an antiquated idea, but the fact is that people see their future coming and do nothing about it.

8. Grey Sky
The North of England has a certain melancholy in the air. You look to the sky. You see nothing. 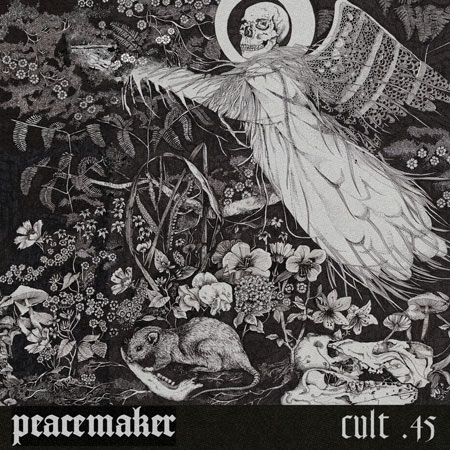 PEACEMAKER were formed in London in 2010. Sam Taylor and Rich Maw- former members of Humberside death metal band Infliction- contacted former Satanic Fatwa bassist Al Lawson and embarked a musical quest. Eschewing any scene, trend or nod to what was currently in vogue, they instinctively knew they had to play: True, Old School, Doom Laden Metal. With an album of music written and rehearsed the search was on for a vocalist. Ravens Creed (and former Satanic Fatwa) frontman Al Osta was recruited from his lair in Leeds and quickly pledged his allegiance to the cause.

Death to the Betrayers. Welcome to the Fifth Circle of Hell.