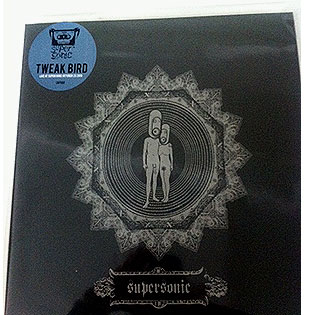 Long standing fans of the brothers Tweak, we at Capsule were thrilled to invite TWEAK BIRD for their debut Supersonic Festival performance. Heavy rock has never felt so fun, or so sugar soaked! They joined a bill we were immensely proud of, with Swans joining us on the tour no one thought would ever happen and Godflesh performing a rare and much anticipated home coming show, along with new and exciting discoveries. So here we’ve captured one of our favorite performances of the weekend in our series of live releases, whether reminiscing or hearing it for the first time, enjoy this little piece of Supersonic history.

TWEAK BIRD is Caleb and Ashton Bird on vocals, guitar, drums, and all other intentional or unintentional instrumentation, and featuring Rene Everts on saxophone. Engineered live by Taylor Spray. Recording mixed and edited by Toshi “Gold Glove” Kasai at Nephews Closet in Los Angeles.