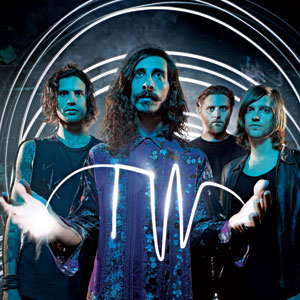 Hear the howl of the wolf; or the Turbowolf that is. The Bristol four-piece, fronted by the gravel tongued Chris Georgiadis, have stormed into the world over the last few years with an all out assault of noise. Honing their frantic sets enough to earn support slots with Black Spiders and Monster Magnet, the ‘wolf’s sets are always deafening and in your face.

Last year’s self-titled debut earned well deserved praise across the board, probably for being an angry, demented album that thrashed out snappy hooks, howling vocals, thunderous drums and a fair amount of synth. Having just completed a heroic UK tour with fellow Desertfesters Black Moth, Turbowolf will bring one of the most fast-paced shows of the weekend. Crushingly heavy for the most part, with that ever psychedelic synth thrown in to the mix, Turbowolf’s Desertfest debut is sure to shake the whole of Camden to the ground.