Big news came our way recently when the self-proclaimed “Third-biggest Formula Rock Band in the World” Turbonegro returned with news of a brand new front-man, Tony Sylvester. It has been a whirlwind few weeks ever since, having returned to the stage at the annual Turbojugend Fan Club Convention in Hamburg on Friday July 15, after a two year hiatus to the roaring approval of their denim-clad fans. 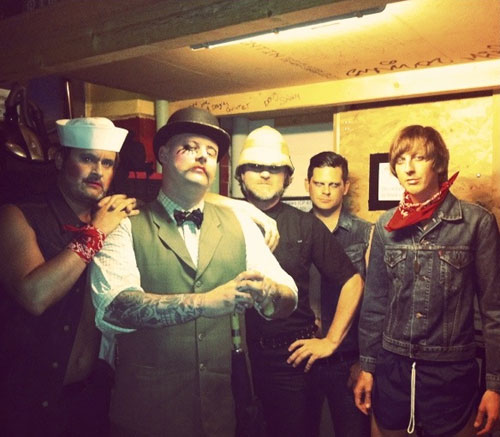 Now, Supersonic have ensnared the almighty Kings Of Deathpunk for a UK exclusive headline performance at the festival. Bringing all the glam, good tunes and great vibes (and hopefully hordes of denim-clad followers) we couldn’t be more excited!

” I was so chuffed that Lisa and Jenny asked Turbonegro to headline Supersonic and that the first show with the new line up in the UK will be there. Not only are they the best promoters in the UK, but I’ve been lucky enough to have been involved with the festival itself since its second year: announcing bomb threats, swimming in the fountains, playing Northern Soul, arguing on panels, you name it. This will be the first time I’ve actually played there however!”

There will still be more news to follow in the coming weeks as we get ever closer to the festival but for now, please feel free to spread this news far and wide!

Tickets for the festival are only £75 for three days of music, film, art and cake and are available from: www.supersonicfestival.com