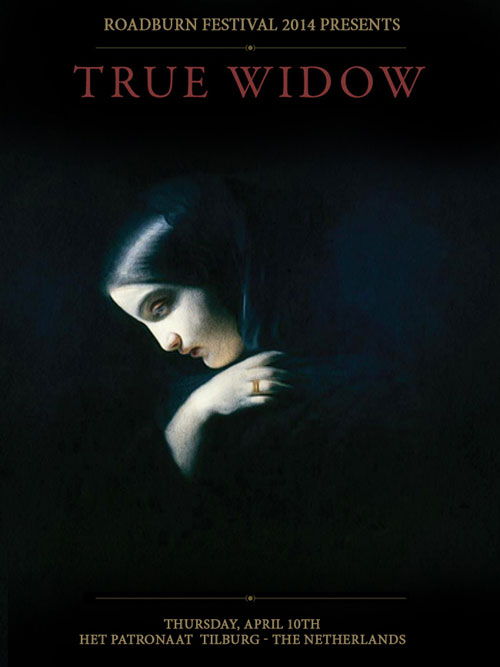 Texas’ finest purveyors of melancholy heaviness, True Widow, will infuse Roadburn 2014 with songs of sadness and gorgeous crumbling distortion. Their relentlessly tired and dark sound is reminiscent of Codeine mixed with 16 Horsepower, but with more of a metal background than either band.

Usually you know a band is good when critics have to make up new words to describe their style and that is definitely the case with “doomgazers” True Widow. While their sound isn’t actually very doomy or shoegaze-y, it is beautifully dark and crumbly and catchy.

True Widow‘s latest album Circumambulation is a tiny bit brighter and clearer than their first two records, but holds true to the darkly-repetitive-riffs-slowly-baked-in-a-furnace-of-distortion approach they have pioneered. Trading off male and female vocals, equally world-weary, True Widow use simplicity of songwriting and arranging to emphasize the moodiness and weight of their compositions.

Their attention to detail, obvious love of metal (even though they only ever hint at it), and addictive songs will find a very receptive audience at Roadburn Festival 2014 when they take the stage on Thursday, April 12th at Het Patronaat in Tilburg, The Netherlands.