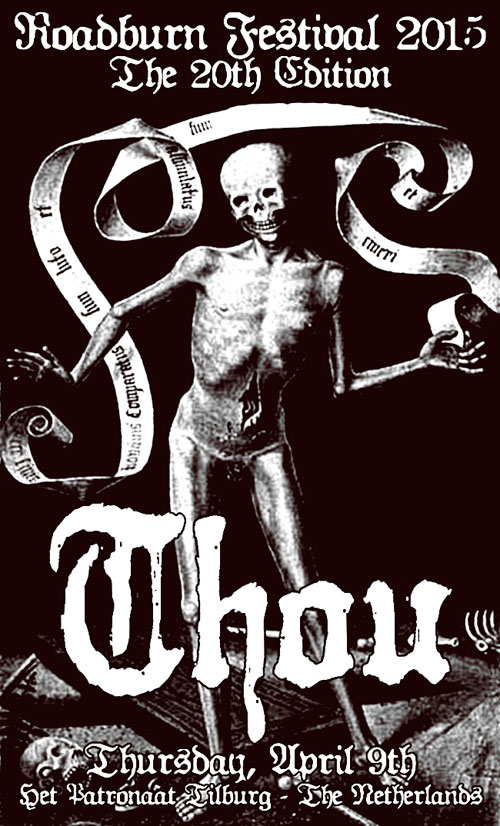 On the banks of the Mississippi there dwells a ferocious beast with an open third eye that, when you look in it, shows you the parts of yourself you wish you could forget. THOU have been haunting Baton Rouge, Louisiana, and just about everywhere else on tour for the better part of a decade, bringing a consuming, atmospheric brand of sludge that challenges you to experience this moment for everything it can be, to cast off repression in all of its forms and become the complete self of whom you’ve always been most terrified.

Their 2014 album, Heathen, is the latest in a long string of releases (4LPs, many EPs and splits) on Gilead Media through which THOU have preached this vicious gospel in churning riffs and throat-searing screams. Their propulsive force coincides with their philosophical approach to lyrics, and in combination with the depth of their ambience and the all-encompassing volume of their delivery, THOU’s sound gives sludge its most original interpretation in years.

Open your eyes and exalt as THOU take the stage at the 20th Edition of Roadburn Festival on Thursday, April 9 at Het Patronaat in Tilburg, The Netherlands.