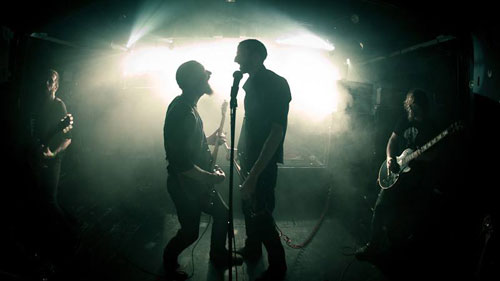 Dragged from the bogs of Dartmoor, The Wounded Kings emerge.

Now in their tenth year, they are well-deserving of their status as UK doom veterans after earning universal praise for all four albums to date, with support slots for the likes of Lord Vicar and Altar of Plagues.

The pilgrimage has been a long and arduous one, but leader and multi-instrumentalist Steve Mills’ vision has broadened with the years and the original duo of himself with vocalist/guitarist George Birch has gradually transmogrified into a quintet. Lead vocals and incantations were cast by Sharie Neyland for the last two albums, invoking the mournful curses of a banished witch with revenge on her mind. In more changes, she has recently left the band for personal reasons, but all is not lost as George Birch is now back in his deserved place as lead vocalist.

Traditional doom bands come and go, often with little to tell, apart one’s funereal drawn-out riffs from another, but these blighted monarchs are indeed different. Between the huge tomb-shattering riffs and strangulated solos, they build tension with minimalist segues into haunting piano and acoustic guitar. These add an almost progressive slant (think Pallbearer) as each song ascends to it’s inevitably doomed climax.

Come immerse yourselves in the regal catharsis at DesertFest 2015.