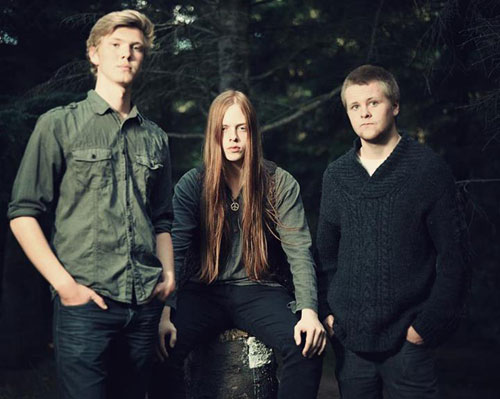 Nuclear Blast is stoked to announce the signing of Icelandic classic rock trio THE VINTAGE CARAVAN.

THE VINTAGE CARAVAN are a young band hailing from the Greater Reykjavik area. Founded in 2006 before TVC had even hit their teenage years, the band have since released a self-titled debut album, played numerous shows in and outside of Iceland and built up a rather ‘energetic’ reputation from their live performances. The trio have already secured themselves a slot on the 2014 Roadburn Festival in Holland.

‘Voyage‘, the band’s Nuclear Blast debut release is scheduled for an early 2014 and will include the amazing first single, ‘Expand Your Mind‘. The official music video has just been released and will give you a tantalising taster on what TVC are all about, if you can make sense of it of course. So, set your mind free and take it back to that lazy-hazy… Icelandic summer of ’69, boil up some mushrooms (the Sainsbury’s kind calm down!), er… lick a bunny and join TVC on their trip to the sublime…

Commented the band: “Humbled, shocked, happy and honoured are few words that describe how we, THE VINTAGE CARAVAN feel right now! We have always respected Nuclear Blast and to have them invite us in the family is beyond our wildest dreams. We see great times ahead of us and we hope that every rocker in Europe get’s a chance to hear our music next year.”

Stay tuned in (or tuned out so it seems) for more info on these far-out fellas!