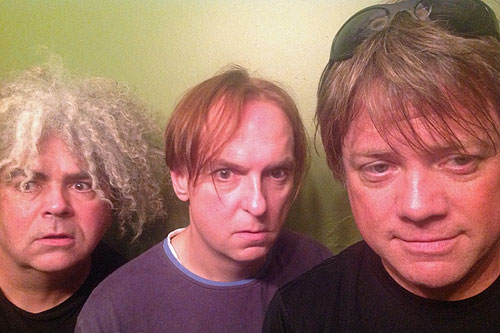 Time for another audible insight into the MELVINS ‘ brand new album, Tres Cabrones, as we share “City Dump“, “a typically juddering slice of guitars dredged from the sewers and rock-solid drumming”, so say The Quietus who have premiered the track this week at THIS LOCATION and you can also stream it below while Pre-Orders are available HERE.

Unlike recent MELVINS line-ups, on Tres Cabrones the group returns to a former, near original incarnation with Mike Dillard on drums, Dale on Bass and Buzz on guitar – all sharing vocal duties.

Tres Cabrones is an album of completely new material, written with these ‘Tres Cabrones’ in mind so says Buzz…“Tres Cabrones is as close as we’re willing to get to the Melvins 1983 line-up,” explained Osborne. “The best part is it’s all new songs. I specifically wrote tunes that would be good for these guys to play and it worked out great. We had no interest in rehashing tunes we wrote 30 years ago and chose instead to simply create NEW songs. It worked out perfectly.”

The result is a splendidly playful album which, as Zero Tolerance magazine so aptly write in their recent review, “irregularly switches between straight-as-they-get-punk-glammetal (“Stick ‘Em Up Bitch”), riotous violent pop (“City Dump”), and excursions into comic oddness (“You’re In The Army Now”), all done through the filter of a distorto worldview. Unstoppable.” 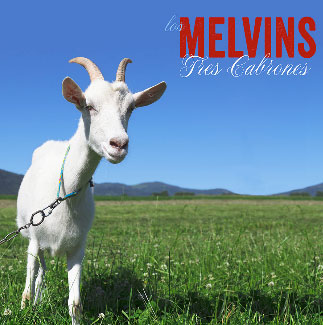