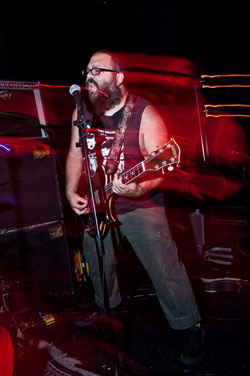 BrooklynVegan is now hosting a stream of the entire Nothing Passes, album; the collaborative album between apocalyptic noise/doom duo THE BODY and orchestral/drone rock outfit BRAVEYOUNG. Listen to the entire album and view footage of the bands collaborating live, HERE.

Nothing Passes will be officially released by At A Loss Recordings this Tuesday, September 27th on CD, with a deluxe LP version coming together for release sometime in early 2012.