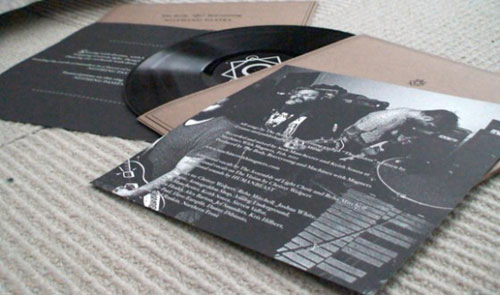 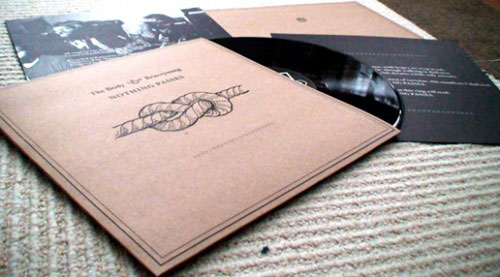 Following an initial CD release in September 2011, amidst several regional tours together, Nothing Passes — the collaborative release between apocalyptic noise/doom duo THE BODY and orchestral rock harbingers BRAVEYOUNG — will now get the deluxe vinyl treatment.

Recorded in a collaborative session at Providence’s Machines With Magnets (Battles, Daughters, Lightning Bolt, Chinese Stars), Nothing Passes is a layered but cohesive voyage through cavernous, noise-laden tumult and chaos, ethereal horror-soundtrack creepouts and even serene acoustic passages, exploring new styles for both acts. The album features vocal contributions from members of The Assembly Of Light Choir who have collaborated live with THE BODY and BRAVEYOUNG, as well as a cover of Exuma’s song, The Vision.

Set for release via At A Loss Recordings, the label responsible for releasing the initial CD version, the LP version of Nothing Passes will be available to the public on April 24th. The black vinyl pressing is housed in a high-quality chipboard cover with an uncoated heavyweight insert. Preorders can now be placed RIGHT HERE.

Additionally, The Assembly Of Light Choir — who appear on Nothing Passes, in addition to playing a major role in THE BODY’s groundbreaking 2010-released All The Waters Of The Earth Turn To Blood LP — are preparing to release a new album this May. The ensemble have launched a Kickstarter campaign to help fund the project AT THIS LOCATION.