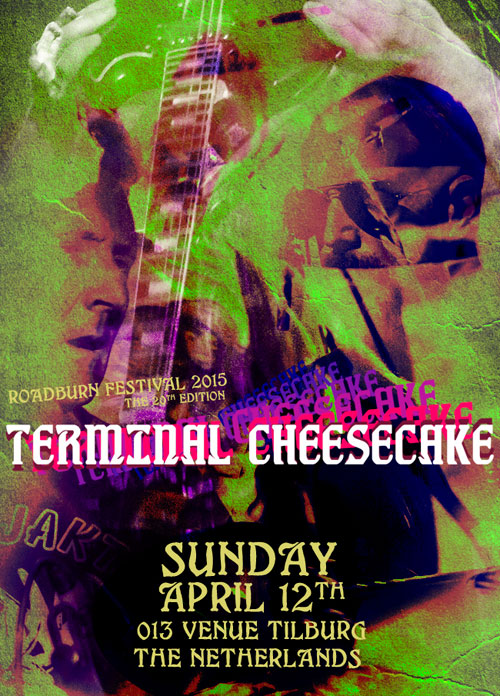 Having thoroughly pummeled audiences in the late 80s and early nineties with their unholy racket, London’s Terminal Cheesecake were one the of the naughtiest, noisiest and druggiest bands to emerge from the further reaches of the eastern outposts of the capital and beyond.

Heralded as ‘one of the most sonically unhinged bands of all time’, Terminal Cheesecake will lay waste to the 20th edition of Roadburn on Sunday, April 12 at the 013 venue in Tilburg, The Netherlands, wrapping their sonic assault on the senses in an muggy haze of drug fueled craziness (add your preference here).