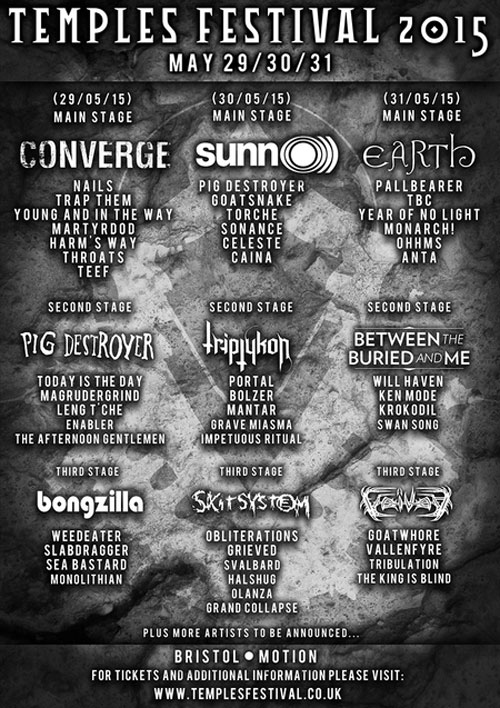 Earth will close the curtains on Temples Festival 2015 with their exploratory and hugely respected drone compositions – a fittingly sinuous end to a weekend of relentlessly heavy music. Prior to this monumental appointment booked in Bristol, the band shall be touring across Europe, starting tomorrow – you can find the dates here.

In addition to Earth, please welcome the following artists to the Temples Festival 2015 line-up (in no set order):

In other festival news, Yonl and Monarch will now perform on Sunday May 31st (main stage) instead of Friday May 29th as initially programmed, Temples wish to express their sincere apologies for any inconvenience, however Pig Destroyer are listed twice due to overwhelming public demand. They will be performing a second set on Saturday May 30th (main stage), with an entirely different set to their Friday May 29th appearance & number of surprises in the works…

Temples Festival takes at Motion in Bristol, UK over the weekend of 29th-31st May 2015 and more info about tickets are available from their website.