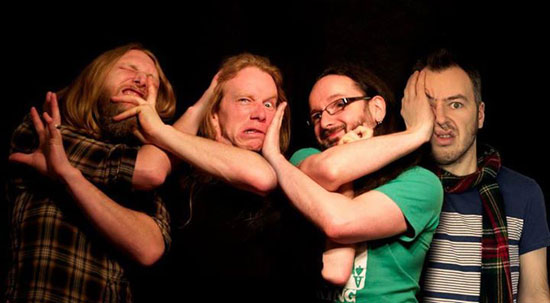 DesertFest London have one last final treat for you all as they’ve convinced End Of Level Boss to play a one off show.

London’s own stoner prog band End Of Level Boss have been hiding in the abyss for the last few years. Last seen at Roadburn in 2012, the original line-up of Harry Armstrong (The Earls of Mars and ex-Hangnail), Roland Scriver (Serpent Venom), Peter Theobalds (Obiat) and Neil Grant are back specifically to put their stamp on DesertFest London 2015. From 2005s Prologue through to 2011s Eklectric their erratic, yet tight, musicianship has been on show. Often described as “if Kyuss were a prog band”, End Of Level Boss mix all the raw energy of the desert together with a futuristic take on King Crimson.

You better have maxed out your attributes by the time DesertFest rolls around, because you’re going to find yourself in one last stand with End Of Level Boss.