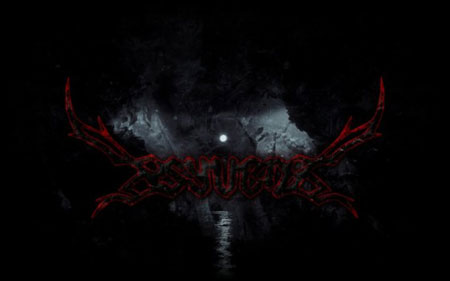 Vendlus Records has confirmed the worldwide release of the debut album from SYVEN — an incredible ambient musical entity born of a collaboration between Aslak Tolonen (Nest) and Andy Koski-Semmens (Ereipia) — on February 7th, 2012.

After joining forces in 2007, these two Finland-based musicians undertook a massive journey to create their first opus, fusing their insight into heavy folk-based themes, driven by shamanistic chanting and choirs, primordial rhythms in their atmospheric compositions. SYVEN’s tracks bring to life the comprehensive themes of nature and the struggles of reality and the brutality of survival, as well as the wonderment and the solemn fulfillment that lies therein.

These elements have coalesced into Aikaintaite, showcasing SYVEN’s brilliant songwriting skills via five massive movements encompassing over an hour, the driving force of the album being the traditional Finnish string instrument, the kantele. Handmade instruments form the cornerstones of SYVEN’s sound, A.T. having built the 15-string acoustic kanteles, 12-string electric kanteles, Lapland drums and synthetic soundscapes himself. The production, recording, mixing, digital manipulation and hand-drawn artwork of Aikaintaite, was all handled by the duo themselves, wholly expressing the album in the full proper experience.

Check out two tracks from the forthcoming album — including the 7-minute album opener “Syvyys” and the nearly 20-minute long “Jäljet” — at the band’s official website.

JARBOE To Release INDEMNITY On Vinyl This September Via Burning World