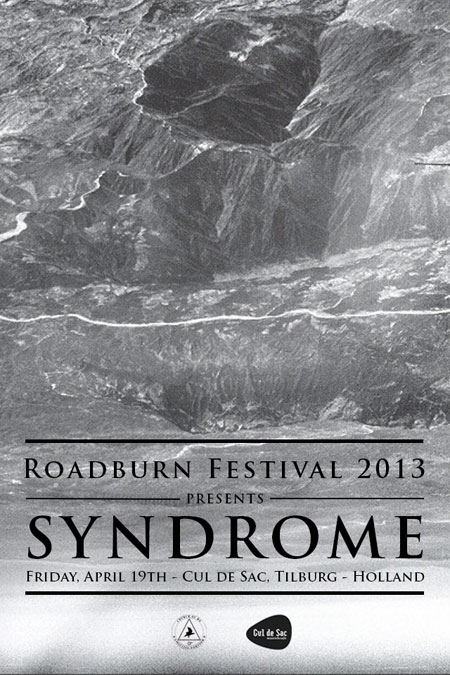 Roadburn are excited to announce that Belgium’s Syndrome, the brainchild of Amenra‘s Mathieu Vandekerckhove, will bring his gentle ambient, drone and experimental musings to Roadburn Festival 2013 on Friday, April 19th at Cul de Sac, opposite of the 013 venue, in Tilburg, Holland.

For years this was a strictly personal endeavor, as the self-taught musician learned and studied his craft of songwriting and minimalistic soundscaping as a means to self exploration, meditation and as a way of channelling negative into positive energy.

Dedicated to his son Wolf, Syndrome‘s second album, Now and Forever, is a guiding light for his son to help find himself. This is accomplished via droning sounds that come in waves of engaging, dreamy (but also bleak), and introspective sounds created by the fluttering voices of layered guitar that create an environment conducive to finding strength, helping others, and knowing no matter how distant the expanse, be it physical or ethereal, his father is there in spirit.