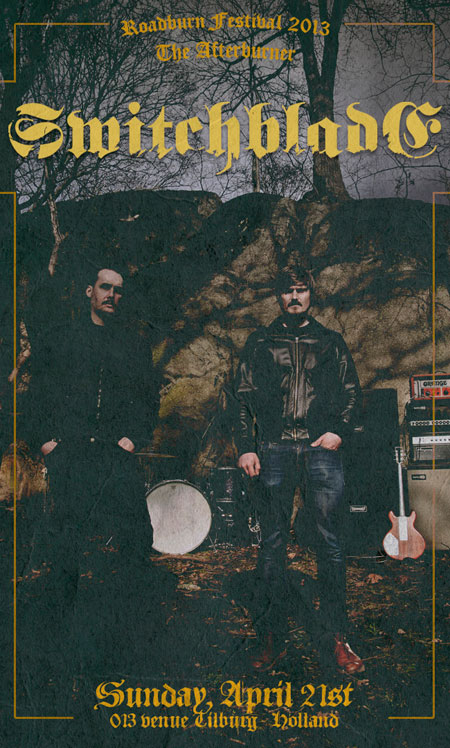 After their monolithic, overwhelming performance at Roadburn‘s pre-sales party, Walter & Co are very pleased to announce that Swedish drone / doom behemoths Switchblade have also been confirmed for Roadburn 2013‘s Afterburner on Sunday, April 21st at the 013 venue in Tilburg, Holland.

Roadburn simply needed to come full circle in bringing them back, as Switchblade has made a huge impact this year, not only at the aforementioned pre-sales party, but also with the release of their latest, 6th self-titled album.

Joining drummer Tim Bertilsson and guitarist Johan Folkesson for their one-off Roadburn performance are Per Wiberg (Ex-Opeth and Spiritual Beggars, amongst others) on Hammond organ and Kongh‘s David Johansson (vocals).