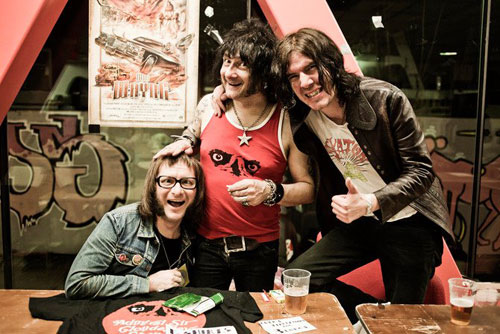 “All right, Tinkerbell. You’re nicked!”. Welcome back to a time when Jack Regan had the scum on the run, and gaggles of disgruntled scantily-clad Ladieswear assistants had Benny Hill on the run. Luckily for us running isn’t so easy in flares and platform shoes, and sideburns cause even more drag, so this debauched admiral of the fleet will not be escaping the Desertfest crowds hungry for groovin’ power-trio rock perfection.

Hastings’ own Admiral Sir Cloudesley Shovell (try saying that after 9 pints of Double Diamond) have been belting out their honest, no-nonsense swagger-filled rock ‘n‘ roll for a few years now and the world is taking notice. They played a storming set at Roadburn last year, which this devout scribe was more than happy to suffer ‘Sleep’ deprivation to experience, and their debut album “Don’t Hear it… Fear it!!” is just out on Rise Above Records. ASCS are Louis Comfort -Wiggett, Bill Darlington and Johnny Gorilla. Many of you will know Johnny’s other band Gorilla (of which Bill is a former member), who have been pumping out their Blue Cheerful vibes since the late nineties.

If 70’s proto-metal is your thing; Sir Lord Baltimore, Budgie and Buffalo get you all hot under your giant flappy collar, and you can handle a big psychedelic dose of garage punk into the bargain, then make sure you dig The Shovell at Desertfest 2013!

GODFLESH: First New Recording In Over 12 Years To Be Made Available Through DECIBEL Magazine 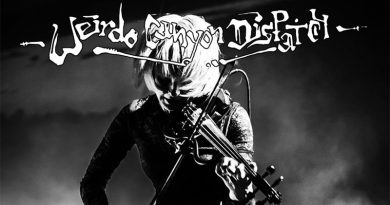