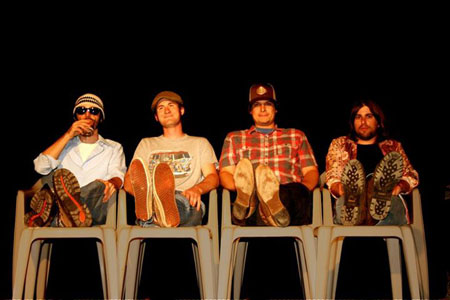 Released in August of 2012, SLOW SEASON‘s first release spread like wildfire through the internet as it was available for free download on the bands website. As the album made it’s way through various countries, websites and even French rock radio, it eventually found it’s way to Easy Rider Records and the band was approached in February of 2013 about joining the labels roster with Swedish Psychedelic group Salem’s Pot.

After less than a year together, California based SLOW SEASON self recorded their first album in the summer of 2012, aiming for an authentically vintage production. Very much immersed in 60’s psychedelic rock and roll and eclectic sounds, the group was embraced heavily by modern day Psych-Rock fans. SLOW SEASON is slated to record their sophmore effort this summer and is touring the US West Coast late Summer/Fall in promotion of the 7 inch release, you can also read Ollie’s review of their debut album HERE. 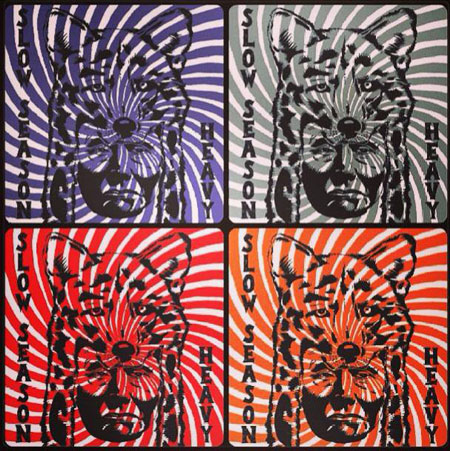 The “HEAVY” 7 inch vinyl is available from Easy Rider Records(link below) for pre-order on 24 June, 2013 and will ship on 30 June, 2013. There are multiple variations on the release including a limited edition hand tooled leather cover, and five different colored jackets that correspond with the color of the vinyl inside. Review copies and interviews can be requested through the bands e-mail address. 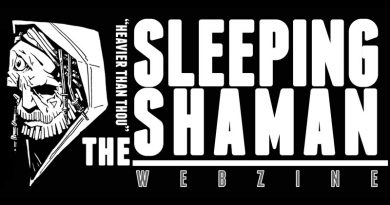