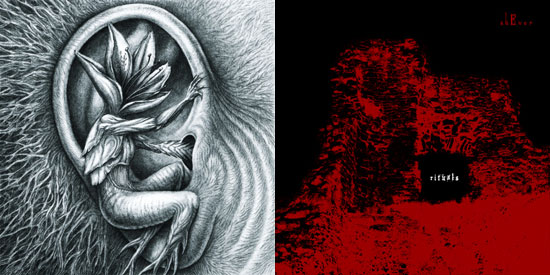 TOTALRUST MUSIC are pleased to announce the new albums of shEver (female Doom/Death from Switzerland) and Botanist (mysterious San Francisco act) are OUT NOW & Available. The official release date for both albums is May 25th, but the CD’s have now arrived so TotalRust are happy to start taking orders, more info can be found over on their website at www.totalrust-music.com.

Here’s a bit of information and a video stream for both albums.

Botanist III – Doom In Blood & Allies [2CD] (Experimental Doom)
Botanist’s first release, the double-disk I: The Suicide Tree / II: A Rose From the Dead, caused a stir in the worldwide underground music press, with its fresh twist on the black metal genre via hammered dulcimer, drums, and voice garnering it a place on no fewer than 10 noteworthy best-of-2011 lists (such as NPR, MetalSucks, Pitchfork, and Metal Injection). This new release is an album made with a mind full of doom. The aptly titled III: Doom in Bloom’s long-format songs, hard-hitting drums, and aggro-acoustic music take the sound into new territory. Heavier, more plodding, more deliberate, while still retaining the musical focus on drums and dulcimer. Also included with the album is the bonus/companion disk “Allies,” made up of songs made by friends of Botanist to drums from the III: Doom in Bloom session, providing a kind of tribute/covers/alternate reality to the Botanist universe.

shEver – Rituals (Female Sludgy Doom Death)
After 8 years of existence, a few self released albums and many live experiences (including phenomenal performances at mighty festivals like Roadburn and Doom Shall Rise), Swiss female Doom band shEver joined TotalRust and provided their strongest album so far. “Rituals” is all about Sludgy Doom Death heaviness . It delivers six aggressive pieces that are filled with distorted riffs, crushing slow melodies, guttural female vocals (deep growls, along with some clean vocals) unique atmosphere and throbbing drum & bass. 50 minutes of DOOM brought to you from the deepest forests of Switzerland… For fans of Mythic, Cathedral, Bloody Panda, Sleep, My Dying Bride… You get the picture.