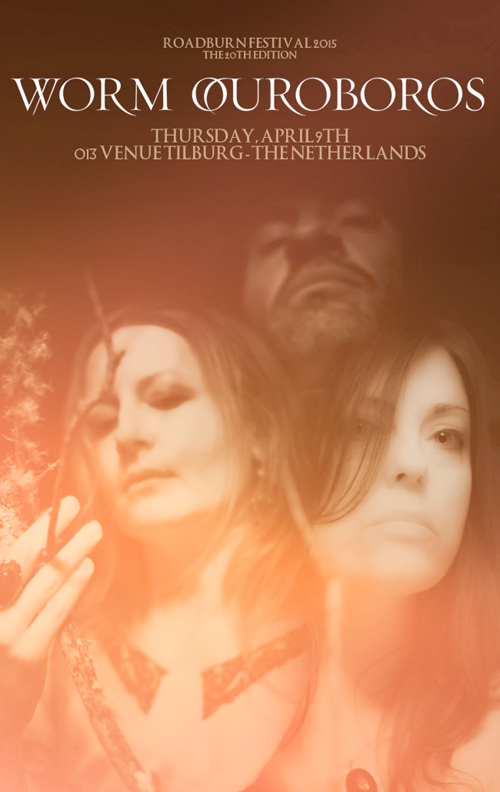 Walter & co can’t think of a better place for them to grace our fair continent than in front of the savvy and open-minded fans at the 013 venue on Thursday, April 9 in Tillburg, The Netherlands.

Comprised of Jessica Way (World Eater, Barren Harvest) on guitar and vocals, Lorraine Rath (Amber Asylum, The Gault) on bass and vocals and Aesop Dekker (Ludicra, Aggalloch) on drums, Worm Ouroboros have a pedigree that suggests musical brilliance, and indeed they deliver on that promise.

Their angelic and infinitely engrossing music at times leans towards chamber folk, post rock, prog and doom, but ultimately it is completely unique and uncategorizable… with endless emotional impact as its beating heart.