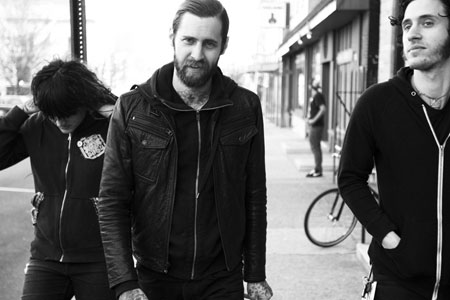 Atlanta, GA’s heavy rock trio ROYAL THUNDER have entered the studio to record their highly anticipated sophomore LP and follow-up to 2012’s critically acclaimed debut CVI. The band is once again tracking at Aria Recording Studio with producer Joey Jones in Marietta, GA and the album is expected to see an autumn 2014 release via Relapse Records.

Vocalist / bassist MLny Parsonz had this to say about the process:

“We meet again with our long time friend and producer Joey Jones at Aria Recording Studio in Marietta. We have no idea what this next album is going to sound like! We are anxious to see what the outcome will be. With that being said, we have NO agenda, NO formula, NO limits. This one is for the gods of rock! As always, thank you ALL for your support. See you on the road with these new songs! Until then, be well!”

ROYAL THUNDER spent all of 2013 on the road all over the globe including festival appearances at Bonnaroo and Roadburn plus high profile tours with label-mates Baroness, Monster Magnet, The Dillinger Escape Plan, Pallbearer, and more. Their unique brand of blues infected, hard rock has been praised by everyone from Rolling Stone’s David Fricke, who described them as “heavy with the meaty, base elements of early-Seventies British blues“, and NPR who call them “a revved-up Southern hard-rocker that howls like Led Zeppelin astride a psychedelic unicorn”. Additional praise was given by Revolver, Decibel, Pitchfork, Stereogum, Spin and many more.

CVI along with the band’s self-titled debut EP and a special acoustic EP entitled CVI:A can all be streamed via the official ROYAL THUNDER bandcamp page HERE and a video for their song “Blue” can be viewed below.

Additionally, ROYAL THUNDER have been confirmed for this year’s Hellfest in France alongside Aerosmith, Black Sabbath, Iron Maiden, Deep Purple, Soundgarden and many more! 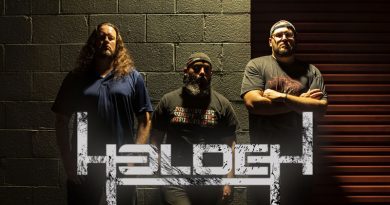