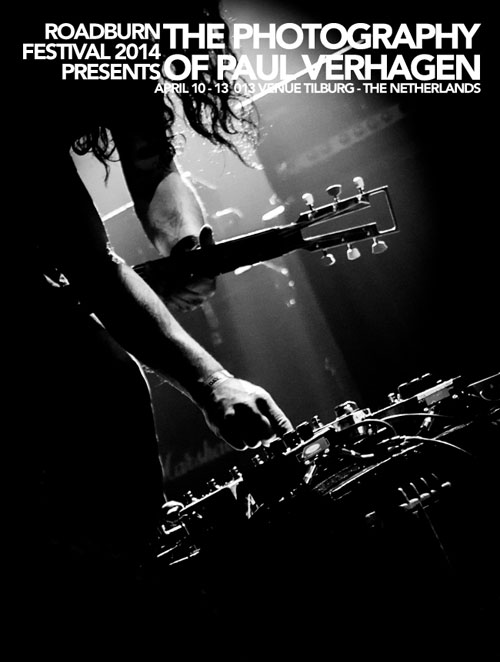 During Roadburn Festival 2014, the 013 venue will host two photography exhibitions, including one featuring selected works by Achrome Moments.

Achrome Moments is the project of Paul Verhagen (1972), who is completely self taught. Paul has an eye condition called achromatopsia: in addition to being color blind, his eyes are extremely sensitive to light. Plus, he has only 15% of his eyesight. His stunning concert photography depicts a world in which the concept of color simply doesn’t exist.

Paul is neither distracted nor hindered by the unreal shape or shade of things; instead, he simply approaches concert photography from a different and unusual perception, resulting in fully unique and artistic shots that open up a hidden, photogenic world.

Gifted with this unusual perception, Paul shows you the bands and individual musicians from a different angle. With Paul as your guide, you might see things that you have never seen before as you discover Roadburn in a new black and white dimension.