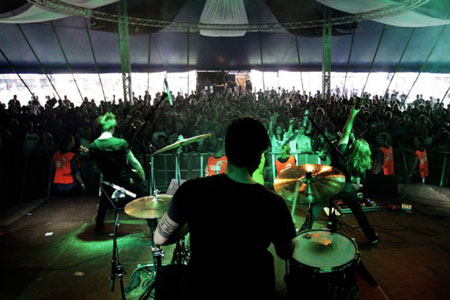 RISING’s debut full-length, To Solemn Ash, is nearing North American release via Exile On Mainstream Records on January 17th, the Danish trio’s thunderous melding of sludge/stoner rock and straight-up classic metal captured on the LP with amazing production. Having already pillaged the Danish press as well as dozens of major metal/rock mags and zines across Europe, To Solemn Ash is starting to heavily root itself in the North American scene as the stateside release of the album nears.

Pitchfork is hosting a stream of the opening track to the album, “Mausoleum”. Check out the worldwide public premiere of the newly unleashed anthem RIGHT HERE.

You can also read Mark’s review of To Solemn Ash here.