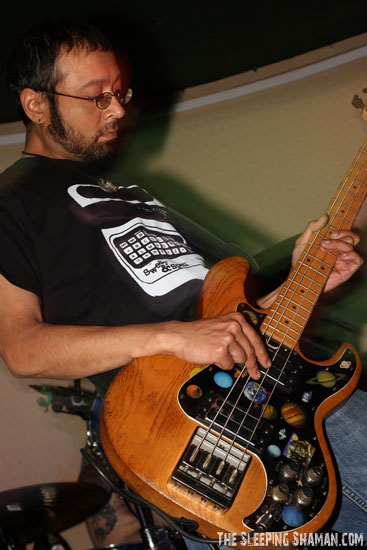 As you may have read on Facebook as well as all the national and international media coverage it’s getting, it’s sad to report that dear friend and bass player of psychedelic doomers Rise To Thunder Pete Davegun was found dead in his flat on Monday, 23rd December 2013.

I won’t go into detail of the how’s and why’s as it’s reported elsewhere on the web, suffice to say, it was a surreal and very sad moment when I heard the news.

A statement from Munger & Muff of Rise To Thunder read: “Pete has lost his life. Until the police release further information it would be inappropriate to make any further comment, but we have tried to inform as many of his close friends as possible. We are all really sorry about this terrible news.”

There are talks of putting on a tribute night to Pete in celebration of his life, no date or venue is confirmed at the time of writing, so keep your eyes peeled.