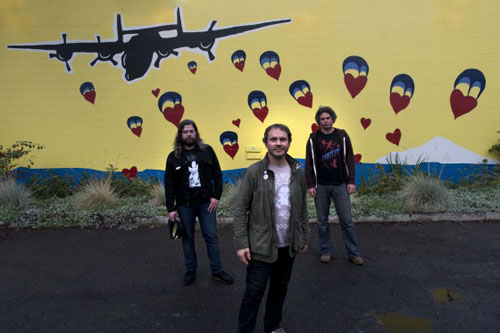 RABBITS is at it again. Steadfast in their determination to not give a shit what you or anyone else thinks, they burrowed deep into their own rabbit hole to scrape together a mish-mash of down-and-dirty tracks from every corner of their sorry-ass storied past.

SOS (Singles, Other Shit) is a disturbing and dissonant distress signal from the underground assembled from LP session bonus tracks, 7-inch tracks, unreleased demos, radio performances, alternate versions, and practice space jams recorded from 2006 to 2013. With few overdubs and mostly single live takes, these tracks capture RABBITS doing what they do best: cranking out bludgeoning full-throttle hardcore noise rock until your ears are ringing and you see stars; pummeling drums, gnarled guitars, maniacal vocals, and deranged solos. The A-side comprises six original songs of serious mayhem and downright fuckery, while the B-side collects nine covers of their favorite ‘80s punk and hardcore songs, mistreated as if their own, no doubt to piss you off. Please help them. They clearly need it.

The RABBITS-run outsider collective Eolian Empire will deposit SOS (Singles, Other Shit) on December 3rd via digital download and cassette; old-school as fuck but like totally fresh, yo. The tape will also be released in Europe on Czech label Stoned To Death at an undisclosed date to be figured out. A video for “No (More) Depth” from this here collective of RABBITShits will be released in the coming days.

The trio of nasal-breathers will unshack from the brushpile long enough to perform live a few times too; mostly with a bunch of their own sick kind and labelmates/clients/cohorts, keeping it in the family. A bunch of other fodder on live actions will be disbursed in the coming weeks as thee RABBITS scums prepare to go shit across a whole new set of lawns and fuck your crops up in 2014. 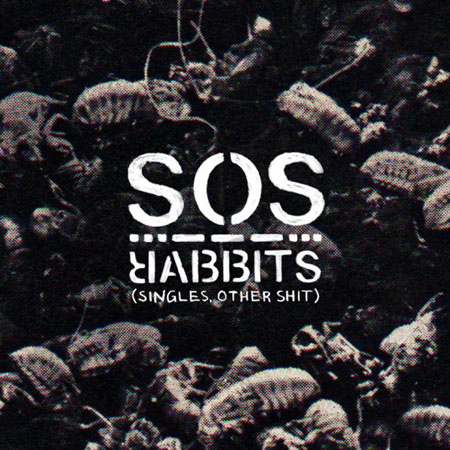