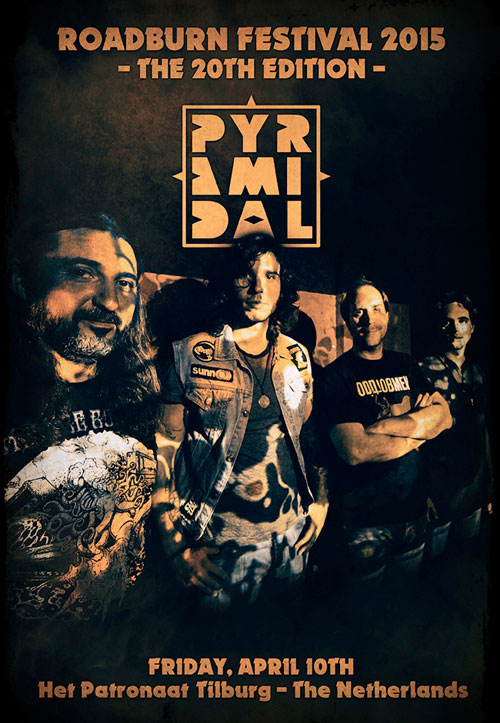 Spanish heavy psych has long been overdue at Roadburn, so Walter & co are thrilled to announce that Pyramidal and Domo, both hailing from Alicante, will bring their stoner inspired heavy Space Rock with progressive and Krautrock leanings to the 20th edition of Roadburn Festival, set for April 9 -12 at the 013 venue in Tilburg, The Netherlands.

Channeling the undiluted spirit of King Crimson, Hawkwind and Neu! on debut album Dawn In Space, and critically acclaimed follow-up Frozen Galaxies, Pyramidal will take you to the farthest reaches of outer space, propelled by otherworldly sounds, obscure psychedelia and hypnotic grooves. 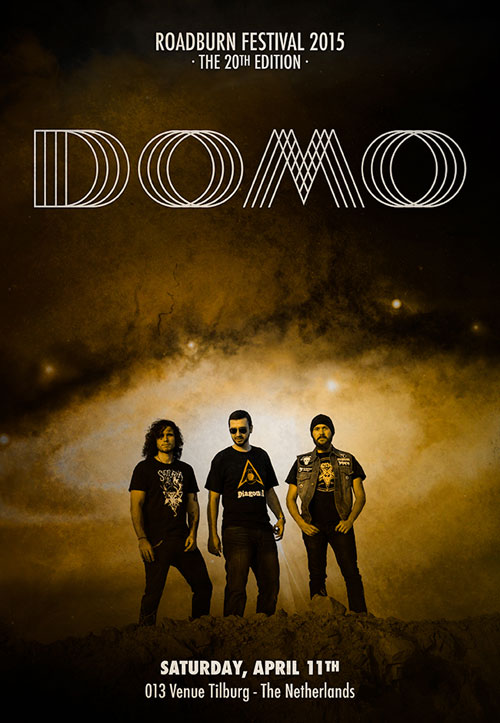 Domo harkens back to the heyday of the gonzoid power trio’s of the hazy late 60s and early 70s, anchored to heavy clouds of screaming, wah wah driven psychedelia. If you love (early) Gary Moore, or you’re a fan of Tony McPhee (like most of us at Roadburn), and massively worship The Groundhogs‘ Split, then Domo will be surely a must for you.

Word on the street is that Domo‘ S/T debut album will be finally released on vinyl soon.

Pyramidal will grace the stage of Het Patronaat on Friday, April 10, and take us on an odyssey of hypnotic and lysergic sounds. Domo crawls from the entrails of the netherworld’s distended belly to play the 013 venue in Tilburg, The Netherlands on Saturday, April 11th.

JARBOE To Release INDEMNITY On Vinyl This September Via Burning World