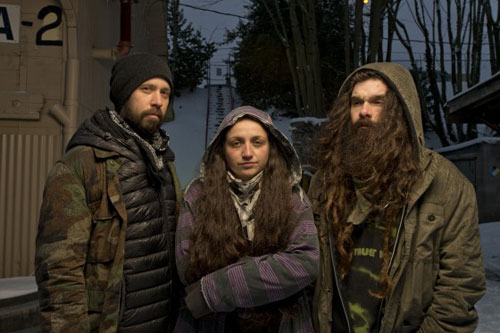 Portland, Oregon’s PRIZEHOG is a swine like no other; a beast which rather than simply residing in its own excrement awaiting a reservation with the bacon-maker instead delivers an unclassifiable battery of intoxicated, celestial sludge thunder. This pig has been cross-bred with other varieties of suidae from their initial Bay Area surroundings as well as the surroundings in their current northern location, bearing similar characteristics of other champion Western American breeds including The Melvins, YOB, Wildildlife, Eagle Twin, Samothrace and others, yet emitting an incredibly distinctive, bizarre wail of its own.

Having previously spawned offspring for riff-ranchers Gravity Records, Saint Rose and others, PRIZEHOG is now under the attention of Eolian Empire, who is readying the beast’s third full-length enterprise, Re-Unvent the Whool, for delivery in early March. Recorded and mixed by Toshi Kasai (Melvins, Big Business, Tool, Russian Circles) at Sound of Sirens, the band’s meditative grooves, punishing sludge, dazzling melodies, ultra-heavy psych, and crunchy riffs are aplenty on Re-Unvent the Whool. PRIZEHOG breeds its own bizarre universe of heaviness, and Re-Unvent the Whool is not your everyday sort of mammal-driven doom metal, as proven with the release of its first single.

The third of the six monolithic roars corralled on the album, “Shed” is now playing at Decibel Magazine’s online hub, who rates the sample as “Disconnected sludge floating in an abyss of fuzz,” continuing, “’Shed’ is a pretty good example of what you’re going to get when you contaminate your turntable with the record. There are probably songs in here somewhere, but it requires digging pretty deep in the murk. And honestly, these guys make the search a pretty enjoyable experience.”

Hurry down to witness the spectacular specimen that is PRIZEHOG at the “Shed” over at the Deciblog AT THIS LOCATION. 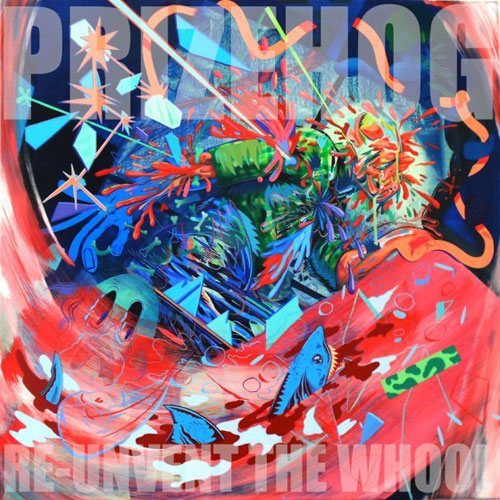 Eolian Empire will let PRIZEHOG out of the cages on March 4th via digital download and 180-gram vinyl LP. Preorders for the album are now live at the Eolian Empire fort HERE. The street date will be celebrated early at a hometown record release gala on February 28th at Portland’s The Know, sharing the stage with Thrones and Polst. PRIZEHOG is also currently scheduling a full US tour for May, with those dates to be released in the coming weeks.