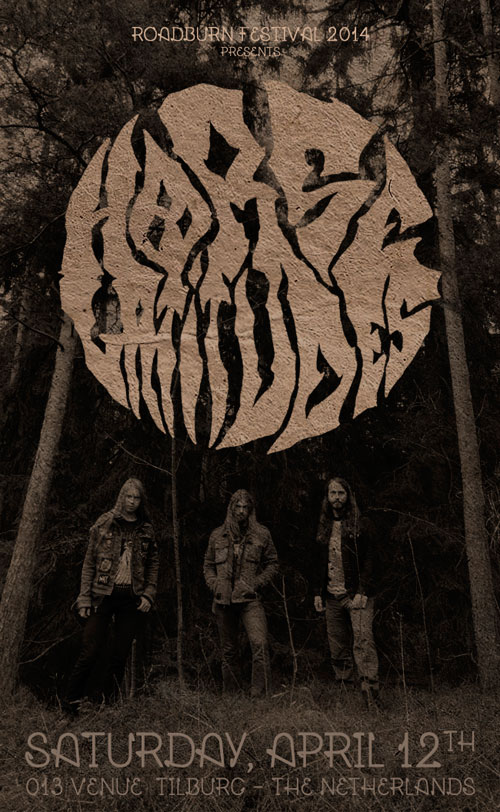 At Roadburn HQ, they are rarely happier than when a band takes genre conventions, turns them on their head, and emerges kicking and screaming onto our radar with a sound as exciting as it is fresh. So it is with great delight that theycan finally confirm the appearance of yet another band from Finland, the unique Horse Latitudes.

A tribal, pagan atmosphere permeates their records with a menacing sense of majesty that never veers off into pretension. For this trio are as savage as they are heavy, their intricate twin bass guitars coupled with a superb vocalizing drummer. A sound that we know will blow as many minds as it will intimidate when they play the 013 venue on Saturday, April 12th 2014.

Riffs, melody and ritual; as if the primal force of Amebix was being channeled through Hellhammer – ARISE!