Today, we’re exclusively streaming the first single Draugr from Denmark’s Alkymist, a band that defy being pigeon holed into in any genre as they fuse a dark and atmospheric world of progressive metal, post-rock and heavy doom.

Taken from their forthcoming album Sanctuary, which is set for release on May 1st 2020 via Indisciplinarian Records, the band commented…

‘On Draugr, Alkymist takes the listener into a setting where time stands still and conscience is lost. The soul cries out to get it back, but remorse has taken its place. Draugr is an old norse wraith who guards its treasure, or torment those who wronged them in life. Its lonely spirit will never rest and has a great yearning for deliverance.’

Danish progressive doomers and multi heavy-metalists Alkymist enter the void between heaven and hell with the release of their new album Sanctuary. Just one and a half years after their much acclaimed self titled debut album, Alkymist sets out once more on a trip that takes you far beyond this world and into their strange and crushingly heavy realm of brutal, yet beautiful and grandiose soundscapes.

On Sanctuary, Alkymist offers the listener an immersive, spiritual and transcendent journey. The record revolves around metaphysical questioning, soul searching, mental and cerebral escape and ultimately the quest to achieve redemption of spirit and flesh.

Since 2016, Alkymist has trod its own trail and challenged the preconceptions of heavy music, with a dynamic, textured and progressive doom metal. Sanctuary’s six tracks and two sound collages of 43 minutes total duration lives fully up to the band’s eclectic vision. As on the first record, the new collection of songs is recorded and mixed by producer Lasse Ballade (Orm, Slægt, Solbrud a.o.) and the artwork created by Anders Kidmose.

Sanctuary will be unleashed on May 1st 2020 by Indisciplinarian Records on vinyl, tape and digital formats. The vinyl edition comes in 400 black and 100 crystal clear copies and the tape edition is limited to 100 copies. Both physical versions of the album are now available for pre-ordering from the labels webstore.

The day before the album release, Alkymist will perform a unique release show at Alice in Copenhagen, then on the release day itself, the band will perform at SPOT Festival in Aarhus followed by select Danish dates. More shows in DK and abroad will be announced in due course. 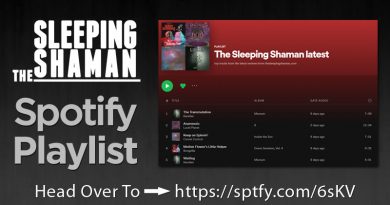