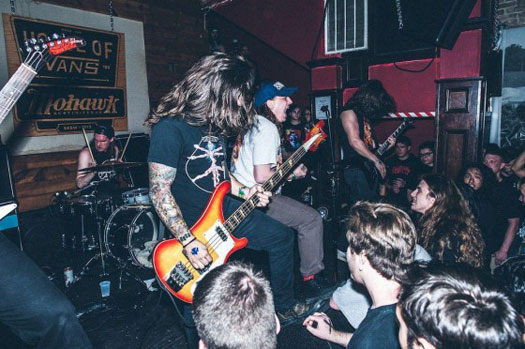 Having just completed a massacre of the West Coast of America with Southern Lord labelmates Nails and Xibalba, Dallas, Texas-based POWER TRIP are just returning home this week as their debut LP Manifest Decimation sees worldwide release via Southern Lord.

Surging with a modernized translation of the works of mandatory crossover pioneers Nuclear Assault, the Cro-Mags and Leeway, Manifest Decimation hurtle the band’s “steel, speed and destruction” ethos direct at the jugular with thirty-five minutes of crossover intensity that sounds like it was excavated from a 1987 time capsule with sixteen tons of radioactive dynamite.

With nearly thirty-five minutes of thrashing violence, recorded by Arthur Rizk and Daniel Schmuck and produced, mixed, and mastered by Arthur Rizk at Solomon’s Gate in Philadelphia, Manifest Decimation wages war on all in its earshot, much like the Power Trip name has become synonymous with in the wake of their rabid live shows.

To warn the world of its release, a stream of the scorching Manifest Decimation is now available. BE DECIMATED HERE.

Order Manifest Decimation direct from Southern Lord and stay tuned for new POWER TRIP updates and in the coming weeks. 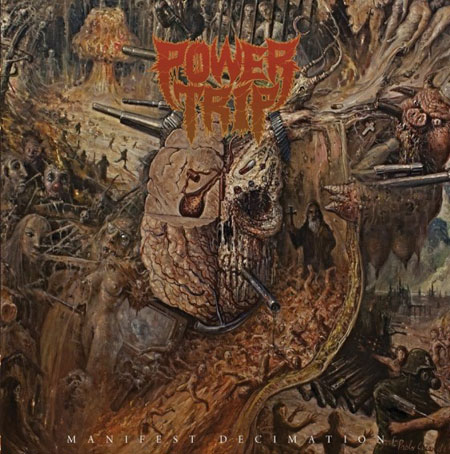