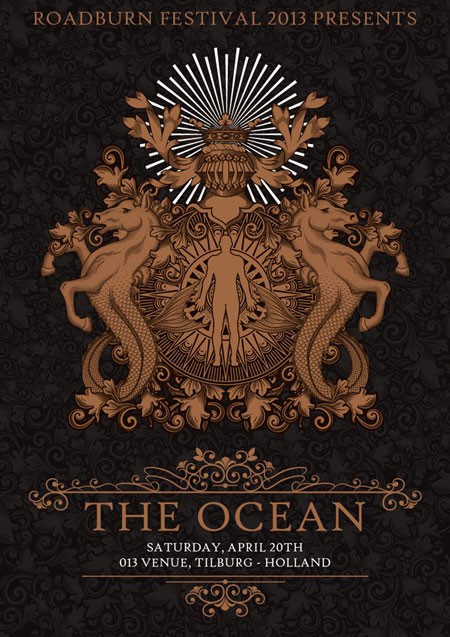 Roadburn are excited to announce that Germany’s post-metal experimentalists The Ocean have been confirmed for Roadburn Festival 2013 on Saturday, April 20th at the 013 venue in Tilburg, Holland.

Thriving on experimentation and ambition, The Ocean, led by Robin Staps, have managed to sonically outdo their obvious influences by adding their own, unique details to the ear-crushing metal meets post rock hybrid sound.

What sets The Ocean apart is the cohesiveness of albums including Precambrian, Heliocentric and Anthropocentric along with Staps‘ ingenious songwriting. The transitions between divergent styles consistently sound smooth and natural as opposed to sudden and forced.

From metallic bombast to proggy-sludge-score, and from art rock to expressionistic doom, jazz, ambient, electronica and even conventional chamber music, The Ocean runs the gamut of genres like no other.

Without question, The Ocean is one of the most artistic and forward thinking post-metal bands on the scene today.

The Ocean are about to release a triple DVD in February called Collective Oblivion, followed by a new album in May.