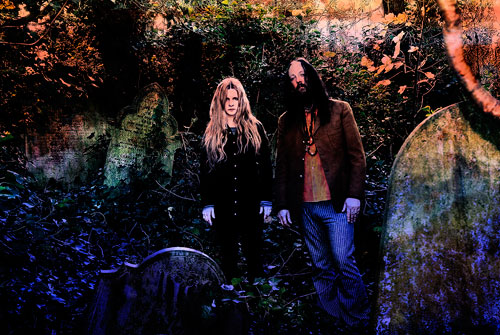 Svart Records sets March 27th as the international release date for POMBAGIRA‘s highly anticipated new album, Flesh Throne Press. The band’s sixth album since their inception in 2007, Flesh Throne Press sees POMBAGIRA expanding on themes in their previous double-album release, Maleficia Lamiah. Recorded in July 2014 across two intense weeks, the band put down over 80 minutes of material, all of which will be made available on double-CD and double-LP formats.

Musically, this album projects POMBAGIRA forward with a mind-expanding purpose for exposing the body to a varied compositional range. When it is heavy, it obliterates in an avalanche of riff-making, and when in full tilt, it is only matched by the orchestral quality produced by tracking six amps and cabs for every guitar take.

More concise in its delivery than Maleficia Lamiah, the overall cerebral effect of Flesh Throne Press upon the listener is apocalyptic. It will not only rattle you to the very core of your being, but it also wills the listener to a plane where an inner meditative pose can be sustained. This is accomplished by way of the heaviest songs POMBAGIRA have written to date, and by injecting stripped-down undistorted constituents to the proceedings. Surfacing in standalone songs as well as being interspersed amongst those heavier tracts of progressive expansiveness, the band this time around present to the listener their most exact example of musical uniqueness. Coursing with the undulations of textural juxtaposition, POMBAGIRA make firm their claim of being a truly original band without compare. Cover and tracklisting are as follows: 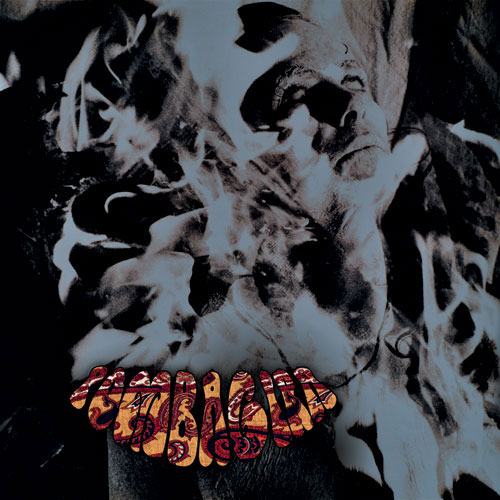 Retentive themes regarding the dead and the necromantic discourse for conversing with ancestors both forgotten and the fallen is enfleshed here on Flesh Throne Press. In many ways, this album solidifies a connection between the written word composed within Peter Hamilton-Giles’ soon-to-be-published Grimoire Of The Baron Citadel through Three Hands Press, and the ongoing ritual work to serve the forgotten and fallen. As a title, Flesh Throne Press actually refers to the visceral experience of the grave dirt which presses in on the flesh during the initiatory procedure.

Embodying both aspects of ingress and egress, this new album will present a more psych-o-delic side to POMBAGIRA‘s music, as they find innovative ways to evolve their sound. In an attempt to bind the sorcerer to the spirit entourage that comes from taking every deviation, Flesh Throne Press explores the “nightside” like no other. Here the first sonic/sorcerous evidence below: