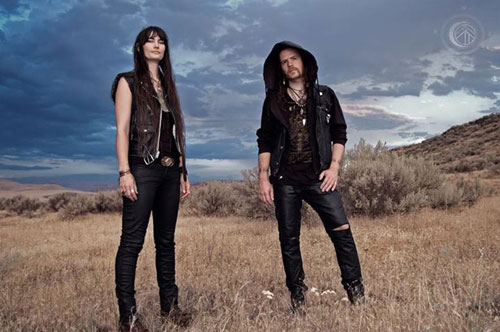 Incomparable music portal Pitchfork has just premiered a brand-new song from Boise doom duo WOLVSERPENT‘s upcoming Relapse debut, Perigaea Antahkarana, praising the high drama and solemnity found over the course of ‘In Mirrors of Water’ which can be streamed at THIS LOCATION.

“With layers of strings and fistfuls of patience, “In Mirrors of Water,” the 22-minute centerpiece of the forthcoming Perigaea Antahkarana, builds from the saturated hum of Mono to the bleak evisceration of Mayhem,” Pitchfork notes. “Even when Wolvserpent sounds plainly pretty, a hint of danger lurks steadfast in the background, foreshadowing the tumult that inevitably arrives.”

The four song, 80-minute album will be released during September 2013 on 2CD, digital, and gorgeous 2xLP formats. The band has unveiled a beautifully rendered album preview video, available to stream below.

WOLVSERPENT have also just announced a string of lives dates that will take them from their mountainous hometown down the West Coast to Los Angeles, then wrap up with a San Francisco gig with Sutekh Hexen. Along the way, they’ll share stages with Taurus, Ides of Gemini, Helen Money, A Story of Rats, and more!

The album was recorded this past autumn with producer/engineer Mell Dettmer (SUNN 0))), BORIS, ASVA, EARTH, EYVIND KANG) in Seattle and in Idaho at in their home studio, and features another apocalyptic performance from Blake Green (guitar, vocals, keys) and Brittany McConnell (drums, percussion, violin, viola). The mesmerizing cover artwork comes courtesy of WOLVSERPENT.

Pre-Orders are now available on the Relapse webstore HERE.

A1.) Threshold:Gateway
A2.) Within the Light of Fire
B3.) In Mirrors of Water
C4.) A Breath in the Shade of Time
D5.) Concealed Among the Roots and Soil

After a two year writing period, WOLVSERPENT first recorded the ‘Perigaea‘ 2012 demo (pronounced “pear-a-guy-a”) between December 2011 and January 2012, and chose to keep it under wraps until the timing was right and their doomed hymns realized their full potential. After nine months and several rewrites had come to pass, the demo was unleashed. They’re now offering it as a free stream on Bandcamp and as a download or tape cassette via their official site here, but be forewarned: the upcoming full-length version ‘Perigaea Antahkarana‘ will be an entirely different two horned beast, a completely new manifestation of the ideas heard on the demo. 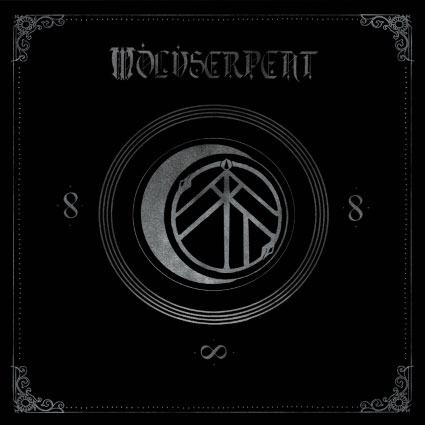