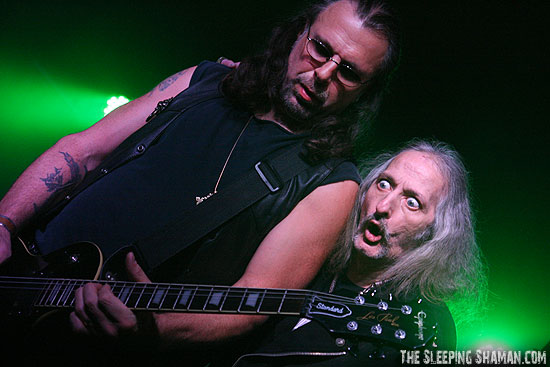 It’s with expected elation that Victor Griffin returns to PENTAGRAM for live shows and new studio album. After taking a break from PENTAGRAM to bring Victor Griffin’s In-Graved around the world, the doom metal guitar god returns to his main fold. The realigned lineup featuring the Liebling/Griffin duo backed by Greg Turley on bass and Sean Saley on drums will embark on a long awaited tour of the West Coast area in February and March. When not touring the world, the band will be working hard on a new album for release in 2014.

Victor Griffin comments: “Time continues to teach me to expect the unexpected and never say never…at least to some things. After years of investment in PENTAGRAM and in my relationships with Bobby Liebling, nephew Greg Turley of course, and more recently to drummer Sean Saley… the door has opened to hit the road again with my favorite dysfunctional band. We’ll be starting out in the Pacific Northwest in late February, with a new album in the works plus a full tour calendar for the rest of the year and beyond. Until then…until the end!”

Vocalist and founding member Bobby Liebling adds: “Victor Griffin and I are brothers and it’s a joy to be working side-by-side again. As we’ve stated before, the door will always be open for him and he’ll always be an important part of PENTAGRAM’s Ram Family. It’s great to have my partner in crime saddled up next to me on stage and the studio. He’s truly one of a kind and we’re ecstatic to create another classic PENTAGRAM album! PENTAGRAM would also like to extent a huge Thank You to Matt Goldsborough who’s done a killer job filling in live during Victor’s absence during the past year. Matt will always be an important person in our circle. He’s an incredible player and we expect great things for his future, inside and outside of PENTAGRAM.” 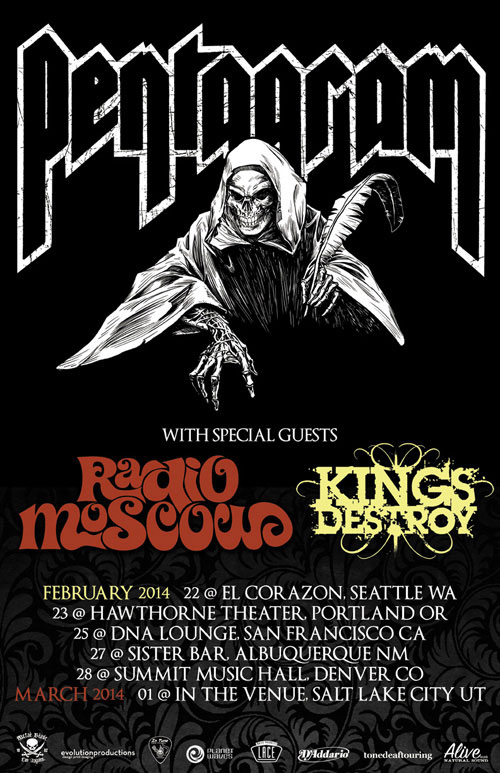