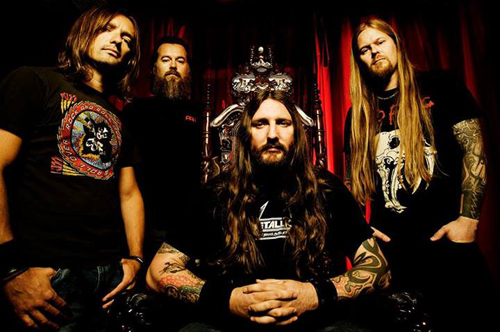 London’s legendary stoner rock quartet ORANGE GOBLIN will celebrate their 20 year anniversary in 2015 and to honour that milestone the band are planning two very special shows exclusively for DesertFest in both London and Berlin. The band will play their acclaimed third album The Big Black in its entirety for the first time ever alongside a selection of songs from their back catalogue that have either rarely or NEVER been played live before! There are also plans for a very special production/light show in both London and Berlin, making this a once-in-a-lifetime, must-see ORANGE GOBLIN experience!

Since forming in 1995, ORANGE GOBLIN have gone on to become arguably Britain’s most successful and well-loved desert rock export. From the doomy space-rock of early records Frequencies From Planet Ten and Time Travelling Blues right the way through to the modern day rock behemoths of Healing Through Fire and A Eulogy for the Damned, ORANGE GOBLIN have never let us down with the heavy riffs, roaring vocals and thunderous percussion that we all crave here at DesertFest HQ. Now on the eve of the release of their eighth studio album Back From The Abyss, DesertFest are overjoyed to announce they’ll be back with them in Camden in April for these special commemorative shows to pay homage to The Big Black.

The band’s third album has weathered the test of time admirably and consistently hits home like a black cab blasting straight down the Pacific Coast Highway. With big-hitting anthems like Scorpionica and Quincy The Pigboy at the helm, it’s riff n’ roll all the way to that colossal closing title track bringing up the rear. So come join us and celebrate this modern day riffterpiece in Camden & Berlin come April 2015! Just don’t forget your Alcofuel!