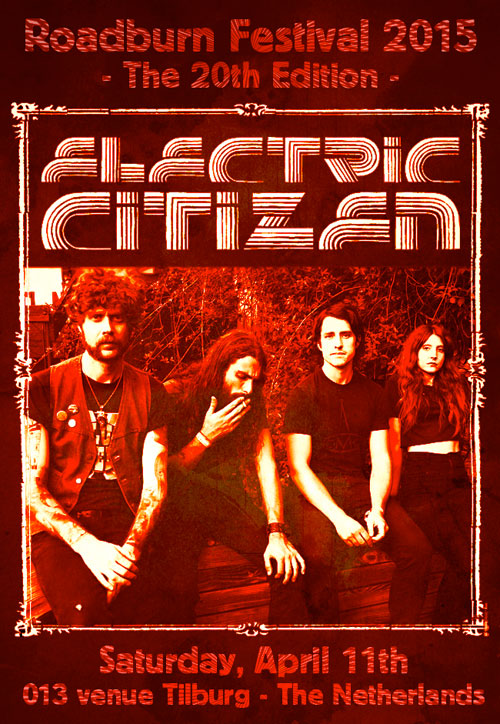 Instantly attractive, Ohio’s Electric Citizen rank amongst Roadburn‘s faves in the current upsurge of female-fronted, ’70s proto-metal revivalists thanks to Sateen, their debut album and the band’s homage to forebearers like Sir Lord Baltimore, Pentagram, and the daemonic spirit of Amon Düül.

In keeping with our tradition of bringing you the finest rock ‘n’ roll ceremony of occultish, Sabbathian shades and sounds, Walter & Co are thrilled to announce that Electric Citizen will play the 20th edition of Roadburn Festival on Saturday, April 11, 2015 at the 013 venue in Tilburg, The Netherlands.