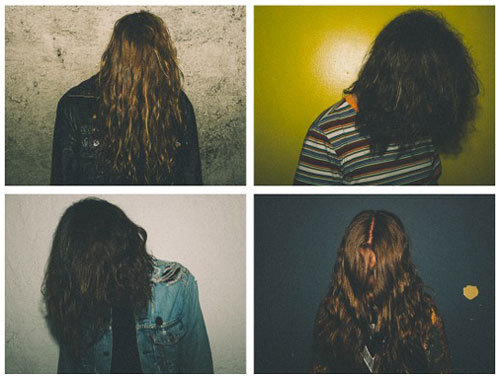 Southern California punk/hardcore quartet, OBLITERATIONS, has just released their recently completed official video for Mind Ain’t Right. Hailing from their impending debut LP, Poison Everything, the video strikes just a month ahead of the album’s release through Southern Lord.

OBLITERATIONS’ Mind Ain’t Right video was shot and directed by photographer Rick Rodney, of LA-based hardcore band Strife, and edited by Zach Marshall. Built from photos taken on black and white 35mm film at a local show the legendary Hollywood haunt The Kibitz Room, hosted by notable skateboard stalwart Tino Razo and the infamous Supreme Skate Shop, Rodney captured the band in its inherent environment of absolute mayhem and chaos, after which he and Marshall decided that the set would make the perfect video. Setting the photos to the breakneck pace of the opening track from Poison Everything, Mind Ain’t Right is OBLITERATIONS’ first video to actually feature the band. As the video details, the night turned to a thrashing mess of bodies; something one must expect when seeing the band in their natural live setting.

Get your cranium kicked in by Mind Ain’t Right below and the LP’s bruising second cut, The One That Got Away, is still playing at Noisey/Vice.

Poison Everything will see worldwide release on Southern Lord, in Europe on October 13th, and in North America October 14th.

OBLITERATIONS continues to expand their upcoming tour itinerary with new locations confirmed to feel the wrath of the band’s upcoming West Coast US Southern Lord Tour, also including labelmates Baptists and Torch Runner. The tour begins at the massive Southern Lord showcase on October 15th in Los Angeles, with Excel, Goatsnake and Xibalba joining the tour package. Just two weeks later, OBLITERATIONS will hit Europe on an extensive tour sponsored by Visions Magazine, with the final routing still currently being fleshed out.

OBLITERATIONS brings current and ex-members of Black Mountain, Saviours, Night Horse and more together to create a mangled, modernized amalgamation of The Stooges, MC5, Laughing Hyenas, Black Flag and Poison Idea. Recorded with producer Chris Owens (Lords, Coliseum, Young Widows) at Dave Grohl’s Studio 606 in only three days, mixed by Kurt Ballou (Converge, High On Fire, Black Breath) at God City Studio, and mastered by Brad Boatright (Tragedy, Integrity, Sleep) at Audiosiege, the end result of Poison Everything is a thirteen-song, twenty-nine-minute record full of raw brutality, darkness and aggression, weaving its way through the annals of punk and hardcore, while still sounding fresh and vital. The blueprint isn’t the point here, it’s the results. The sound is abrasive and raw, driving and aggressive, and fully infectious. 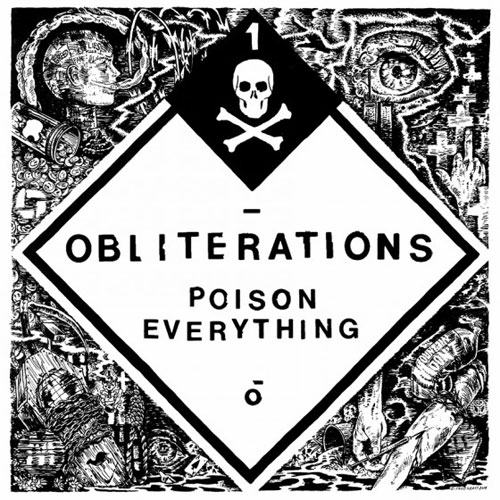