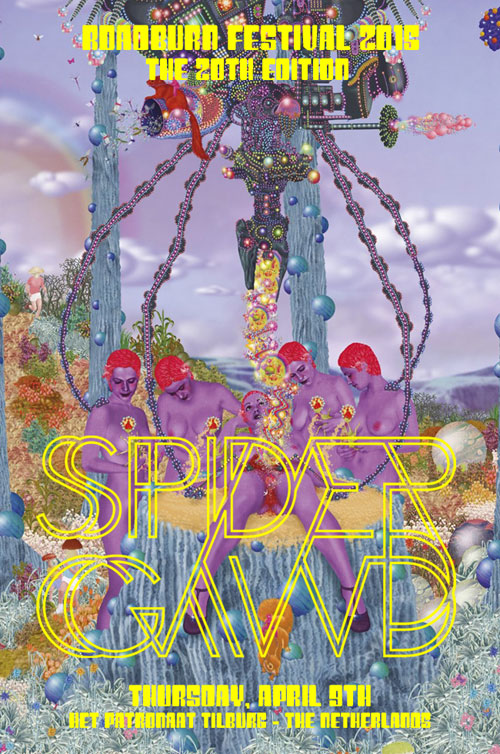 Spidergawd is a Norwegian sort-of supergroup featuring Motorpsycho‘s Bent Sæther (bass), Kenneth Kapstad (drums) and guitarist / vocalist Per Borten of Cadilac-fame – the only Trondheim band that ever got close to Norway’s much revered rock titans.

However, Spidergawd is a band in its own right, and on their bludgeoning S/T debut, the band, completed by Rolf Martin Snustad on saxophone, proffer a bulldozing, fuzzed out post-boogie assault, which owes equal debts to to ZZ Top, MC5, Foghat or even Savoy Brown.

Yes, this is full-on heavy 70s worship, delivered with relish by a bunch of Hard Rock aficionados that are currently creating quite a buzz in Norway, and will capture the 20th edition of Roadburn Festival by storm when they hit Het Patronaat in Tilburg, The Netherlands on Thursday, April 9th.

Spidergawd will definitely bring a huge grin to our lips!