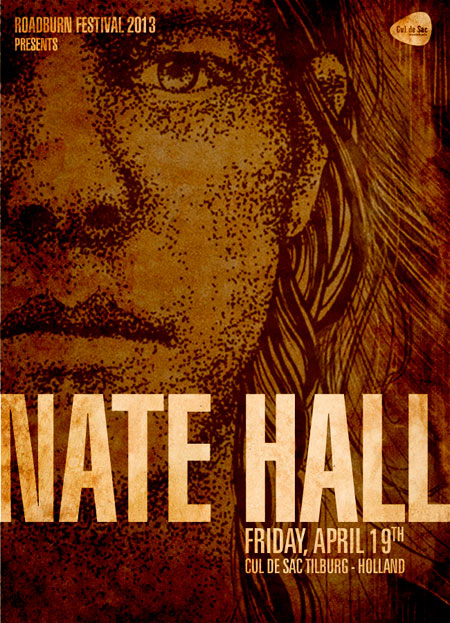 Walter & Co are excited to announce that Nate Hall (USX guitarist / vocalist / wordsmith) will bring his songs to Roadburn 2013 on Friday, April 19th at the Cul de Sac, which is located across from the 013 venue in Tilburg, Holland.

“I started playing solo shows because I wanted to play whatever I wanted, whenever I wanted – and to have absolute control of my destiny”, says Nate Hall, “I like the freedom of not having a plan if I don’t want one. No setlist, just impulse. I am grateful for the opportunities now before me. More to come.”

Hall‘s acclaimed solo album, A Great River, documents one man’s catharsis and reflects time well spent with the likes of Bob Dylan, Neil Young and Townes Van Zandt. The multi-instrumentalist Hall has crafted a deeply personal album of modern Americana steeped in the melancholy of Appalachia.

His solo performance promises to be as pure and honest as live music can get. As label mate and fellow truth-seeking singer / songwriter Scott Kelly put it: “Authenticity isn’t something you can acquire. Either you are or you are not. Nate’s work shows a depth of heart and a pure channeling that you won’t come across 10 times in your life.”