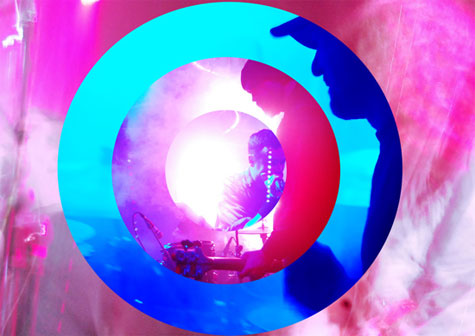 ‘Axis‘ is MUGSTAR’s fifth full length – an expansive collection of songs that take the listener on a journey – the destination of which is not important – travelling through different movements, diverse colours and sounds and picking up from where Lime left us in August 2011.

From the dark brooding (‘Black Fountain’) to the elevating (‘Tangerina’), the cylindrical (‘Axis Modulator’) and the sonic mantra (‘Upturnsidedown’) ‘Axis‘ showcases a more diverse MUGSTAR whilst retaining their unmistakeable sonic wall of sound.

‘Axis‘ is to be released by Agitated Records on the 29th October 2012 and will be available as a CD, LP and Digital Download. You can also stream the first track from the album ‘Black Fountain’ below.