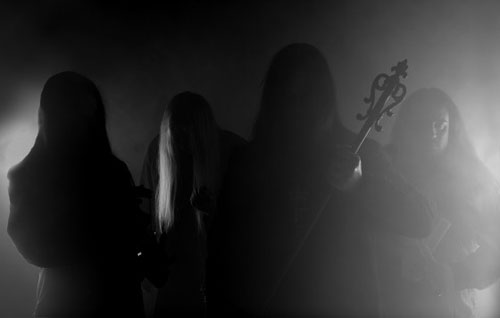 The newest recordings from South Australia’s supreme funeral doom metal quintet, MOURNFUL CONGREGATION, are nearing release this Summer, through the woeful Concrescence Of The Sophia.

Bridging their latest LP, 2011’s acclaimed The Book Of Kings, and their next impending full-length opus to see release sometime in the overcast years ahead, Concrescence Of The Sophia begins with its title track, which boasts more than twenty minutes of expertly delivered but utterly disconsolate, plodding metal, where “the weight of all waters, and the mass of all stars” exacts a heavy toll in the timeless pursuit of mystical knowledge. The monumental main riff onerously giving foundation to Damon Good’s ardently howling leads and sepulchral lament. Acoustic interludes offering only temporary respite to doom’s forgone conclusion. On the B-side, “Silence Of The Passed,” at a mere nine minutes in length nonetheless foretells how vast is the agency of doom.

Yet another shining jeweled crown to add to the growing reliquary of MOURNFUL CONGREGATION, 20 Buck Spin proudly presents Concrescence Of The Sophia to the North American cemetery, confirmed for CD, 12” vinyl and digital release in North America on June 24th 2014. Osmose is handling the release onto the rest of the intercontinental territories the same week. 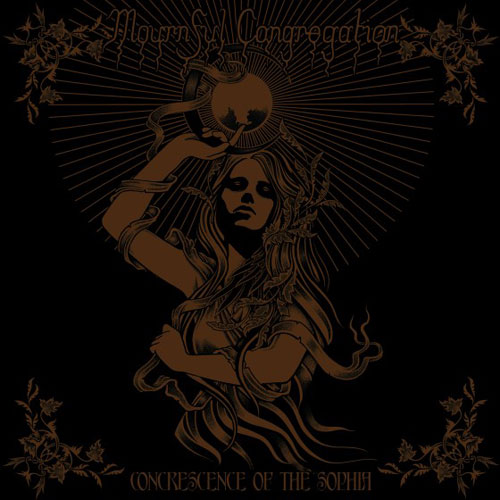 MOURNFUL CONGREGATION will return stateside just after the release of Concrescence Of The Sophia, to make their long-anticipated East Coast debut live appearances. The band is now locked to headline two nights of the massive five-day Martyrdoom Festival in Brooklyn, performing Friday, June 27th alongside Imprecation, Begrime Exemious, Geryon and more, and then again on Tuesday, July 1st, joined by 20 Buck Spin labelmates, Lycus, as well as Lord Mantis, Vilkacis and Evoken. Two additional East Coast performances have also been added betwixt the Martyrdoom performances, with the tribe invading Baltimore on June 28th with Begrime Exemious and Prosanctus Inferi and Boston on June 30th with Hell Militia, Lord Mantis and Begrime Exemious.

Say Your Prayers At The Church Of Misery; Heavy Doomers Confirmed For DesertFest London 2014