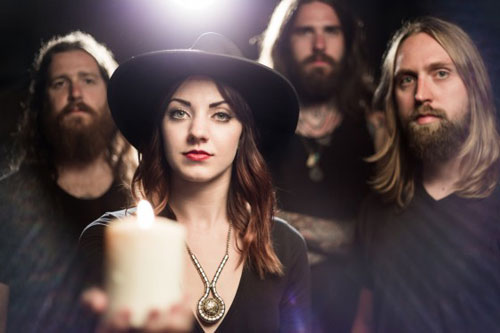 Chicago psychedelic doom rock conjurors and recent Metal Blade signees, MOUNT SALEM, will embark on a full headlining US tour this May! The trek will pillage its way through select cities between Chicago and Los Angeles, and includes one-off shows in New Mexico and Arizona opening up for doom legends, Saint Vitus! MOUNT SALEM will be touring in support of their Endless EP.

Mega blog, Loudwire.com, recently featured an interview with vocalist/organist Emily Kopplin as part of their “Vital Vinyl” column. The column highlights Endless’ striking cover art, the band’s proclivity for vinyl, and more. Check out the entire interview and photos at THIS LOCATION. 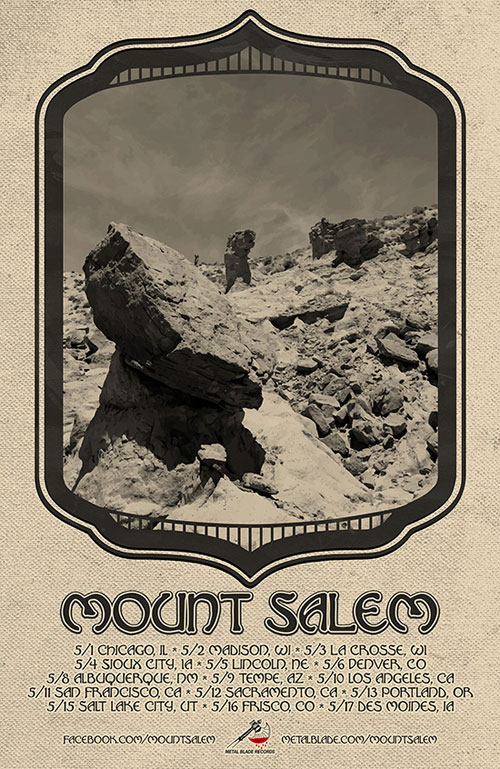 MOUNT SALEM is a four-piece psychedelic rock/doom metal band. They started writing music together in the summer of 2012 and released their first debut EP, Endless, in the Spring of 2013. Taking influence from the classics like Black Sabbath and Pentagram, MOUNT SALEM play loud, heavy rock ‘n’ roll using all vintage gear. Throwing their own twist of dark, mysterious doom into their summonings, MOUNT SALEM systematically pull listeners into their sinister realm of sound; their lyrical imagery serving as a ride all its own. Metal Blade Records signed the band in the Summer of 2013 and recently released an extended version of Endless containing two additional, brand-new tracks.

Endless is out now via Metal Blade Records and you can also read Sandy’s review HERE.