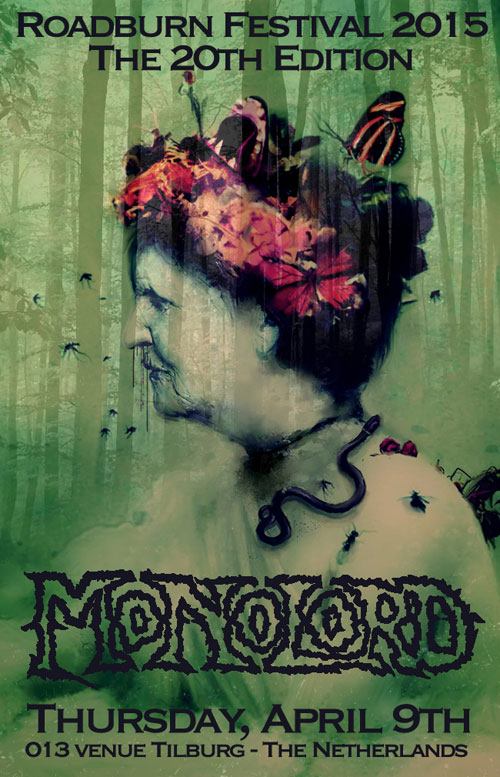 Sweden’s hotly-tipped psychedelic stoner sludge outfit Monolord (as in lords of monolithic riffing) will bring their massive mesmeric, speaker-rumbling amplifier worship to Roadburn Festival 2015 on Thursday, April 9 at the 013 venue in Tilburg, The Netherlands.

Sitting perfectly between Sleep’s Dopesmoker and Electric Wizard’s Dopethrone, Monolord’s drugged-out, dark and captivating debut album, Empress Rising, out on RidingEasy Records, is a strong contender for Roadburn-related album of the year.

By adding slabs of psychedelica to their crushing heaviness and subsonic vibrations, these outerworldly riff merchants will hypnotically bury you beneath a slow-moving, oozing mound of heavy, taking you on a gargantuan trip that will leave you battered and reeling.