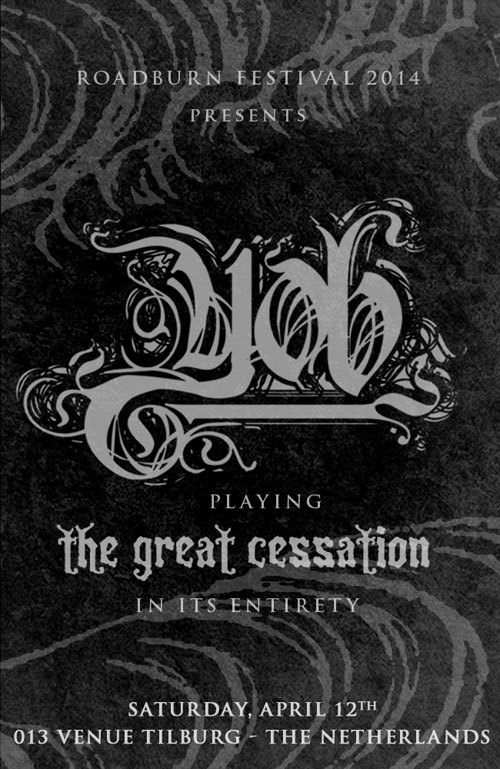 Roadburn favorites Yob will be making a highly anticipated return appearance in 2014, playing two crushing sets of their unique doom. They will play The Great Cessation for their album set on Saturday, April 12th, and headlining the Afterburner on Sunday, April 13th at the 013 venue in Tilburg, The Netherlands.

Yob has been a trailblazer in modern doom by incorporating elements of prog, stoner, space rock and sludge to create a mesmerizing blend of heaviness that they weave into epic masterpieces. They excel at creating labyrinthine songs that never seem to lose their momentum through multiple changes. Walter & Co are thrilled to bring Portland, Oregon’s finest to Roadburn in 2014, and especially honored that they will be playing exclusive shows.

Yob founder Mike Scheidt says, “Coming back to Roadburn for a third time….to play our fifth and sixth sets total at this festival…. it is difficult to come up with words to adequately express our feelings. We have made it very clear how much we love the spirit of the Roadburn Festival. It is an unparallelled experience encompassing everything we embrace as both artists and fans. We will bring what we hope to be the best we have ever done in both of our sets of music. Playing The Great Cessation live in entirety will be a YOB first. For our second set, we will perform songs covering our entire discography, including something new as well. To be able to play, to be in attendance as fans, and to once again walk the streets of Tilburg and live in the soul that is Roadburn is something we are very grateful for. April 2014 is too far away.” 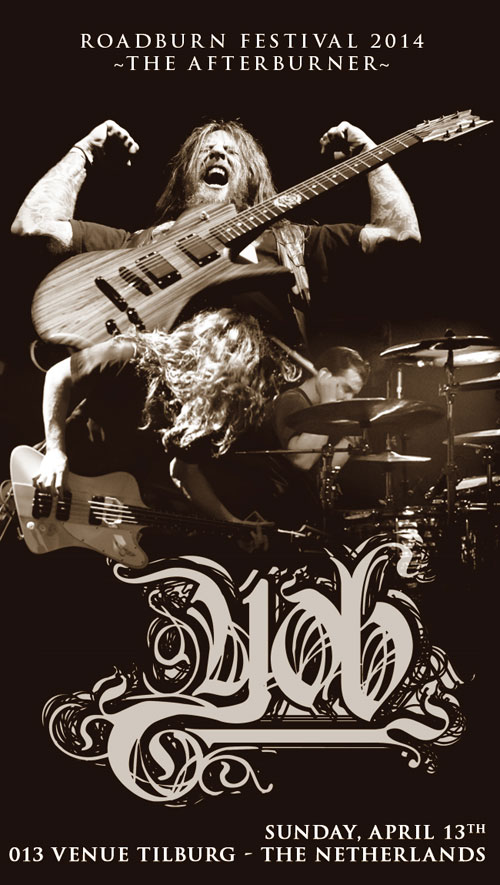