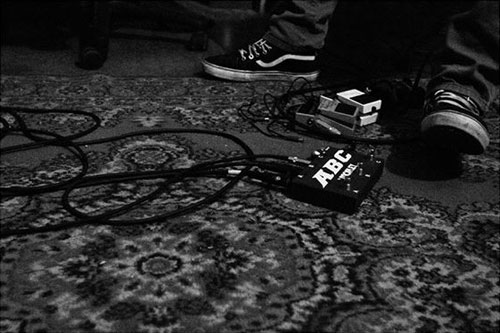 Belgian four-piece Miava are next to join DesertFest London 2015, bringing their instrumental, post-metal brand of stoner rock with them.

Formed in 2009 out of a self-professed boredom with their involvement in other bands, Miava started to jam out some tasty instrumental metal with no real plans for the future. They quickly put out their self-titled EP in 2010. It wasn’t until their second EP, 2011′s The Fall Of Public Man, that their sound started to develop; somewhere between the groove laden riffs of Sons Of Alpha Centaurai and Karma To Burn and the layered ambience of Deftones, but all the while retaining their instrumental spirit. The first full-length fell in 2013 with Essay On Bentham, turning the heavy up another notch with delightful numbers, such as Every Heart Is A Beating Piece Of Shit.

A tight musical set, Miava will space you out at this year’s DesertFest.