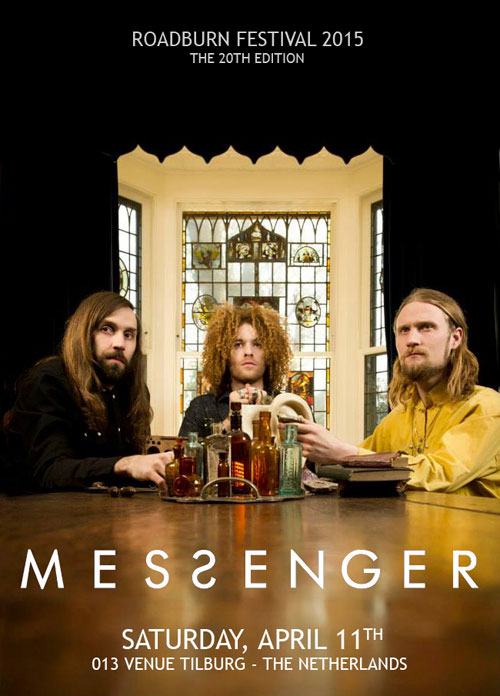 After winning the limelight category for the brightest young rising stars in the progressive sky today at this year’s Progressive Music Awards, Messenger will bring their acid folk / prog and psychedelica to the 20th edition of Roadburn on Saturday, April 11 at the 013 venue in Tilburg, The Netherlands.

Formed in London in the spring of 2012 by Khaled Lowe and Barnaby Maddick, the duo joined forces with drummer / producer Jaime Gomez Arellano to give birth to Illusory Blues, the band’s majestic debut album.

Tonally, Messenger are completely unafraid to bring a disparate palette of sounds to their music. A cosmic ode to the forces of nature and the inevitable cycle of life, the band naturally dwells in the earthy realm of folk territory but pairs this with the celestial void of progressive psychedelia, with nods to 70s hardrock and pop sensibilities.

Messenger batter your emotions with their tender take on prog, and though you can obviously hear the band’s influences and references, it’s easy to lose yourself in Illusory Blues and discover myriad treats on every listen. You’re in for such a treat at Roadburn.