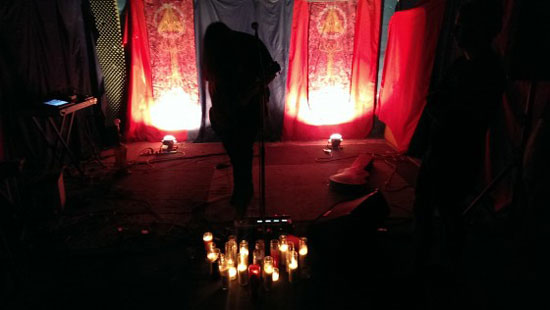 Oregon doom-gazers MEGATON LEVIATHAN, are readying to kick off their first bought of live rituals in over two years. Set to commence on April 19th (coincidentally Record Store Day), Andrew James Costa Reuscher and MEGATON LEVIATHAN will be debuting the all-new, pure acid sounds of their forthcoming new full-length, set for release later this Summer via Seventh Rule Records. MEGATON LEVIATHAN, now one unified harmonic resonance within the spirit that remains, will be performing with the new addition of sound engineer Mort Subite behind the scenes. 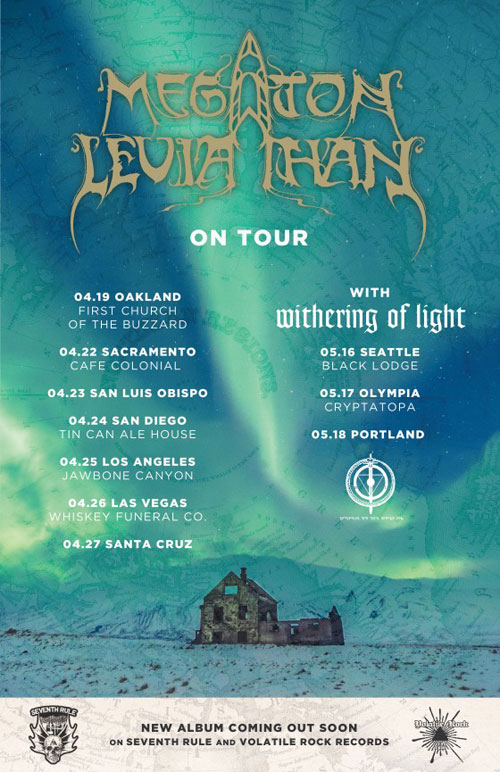 In 2011, MEGATON LEVIATHAN reissued their 2009 demo on limited-edition vinyl through their own Volatile Rock Records. The 35-minute production takes listeners on a cerebral journey that transcends far beyond the traditional boundaries of metal and music as a whole. Alternative Matter surmised of the release, “If dissonance, reverb drenched vocal, soundscapes of feedback drenched seclusion and guitar riffs that could soundtrack the progress of a brontosaurus in search of food, make you prick up your ears, then MEGATON LEVIATHAN are a welcome addition to your collection,” Cvlt Nation gushed, “every song on this EP is a sunset and sunrise of melodic euphoria,” while The Bone Reader commended the outfit’s, “…slow-ish spaced-out heavy psych,” furthering that, “There’s a great get-lost-in-it meander to much of it, but ML aren’t just mindlessly jamming on a doomy riff: these songs have somewhere to go, they just don’t mind taking their time getting there.”