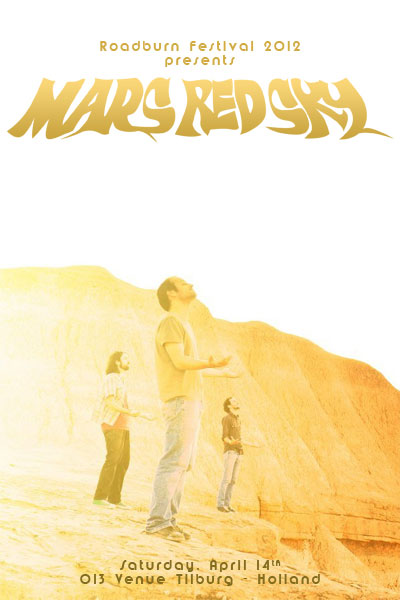 Followers of the fuzz, rejoice! Mars Red Sky, hailing from Bordeaux, France, have been confirmed for Roadburn Festival 2012.

The band’s self-titled debut ranks amongst the very best releases in the current bumper crop of European heavy, jam-based psychedelia. However, Mars Red Sky eschew jamming into oblivion in favour of quality songs, underpinned by a massive groove and topped off by the sweet, high-pitched croon of guitarist Julian Pras or bassist Jimmy Kinast’s bluesy David Eugene Edwards-style vocals.

More info over at www.roadburn.com.