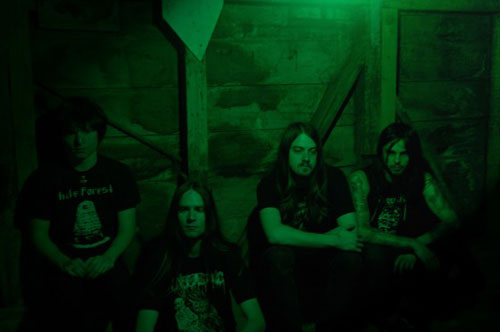 Oakland-based funeral doomsmiths, LYCUS, begin their first East Coast-bound tour in just two days, as the Tempest US Tour Part II gets on the move.

This Friday, June 20th the Tempest US Tour Part II begins in Los Angeles, from there arcing through the Southern end of the country and up to the Northeast where they’ll invade Brooklyn to perform on the last evening of the five-day Martyrdoom 2014 Festival on July 1st alongside Vilkacis, Evoken and Lord Mantis, and headlining 20 Buck Spin labelmates Mournful Congregation. The days after Martyrdoom will see the band trekking across the Midwest and back to California, the entire continent being traversed and back again in the seventeen-city run.

LYCUS will be delivering material from their colossal debut LP, Tempest, released in 2013 by 20 Buck Spin. Recorded and mixed at hometown Earhammer Studios with Greg Wilkinson (Brainoil, Pallbearer, Samothrace, High On Fire), the band seemingly adds new vitality to the funeral doom genre with Tempest, the album earning the #18 spot in Decibel Magazine’s top 40 albums of the year. In the preceding 9/10 review of the record, Decibel stated, “a symphony of cell-decaying hymns and chanted vocals that crumple under the gravity field of a vast, blackened, panicked interlude”. 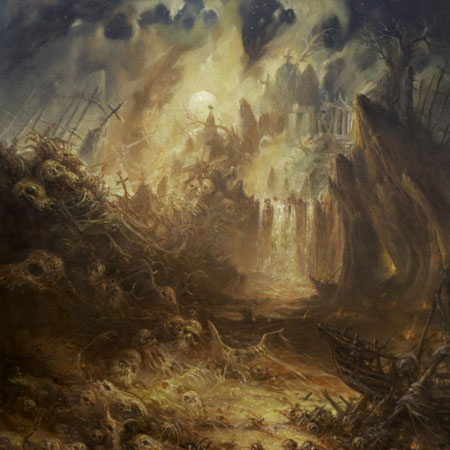